Curt was determined to get some fishing in on the trip.
25 others also wanted in, so they chartered 4 boats like this one. 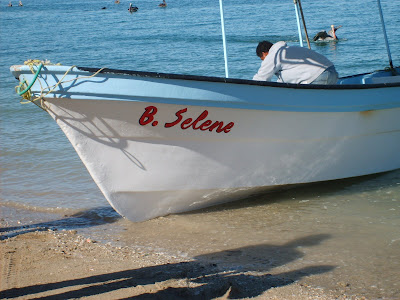 Haley was beyond excited to catch several fish!
This was her first catch of the day! 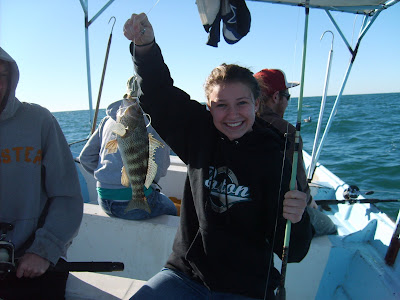 The deckhands were nice enough to skin and filet the fish... 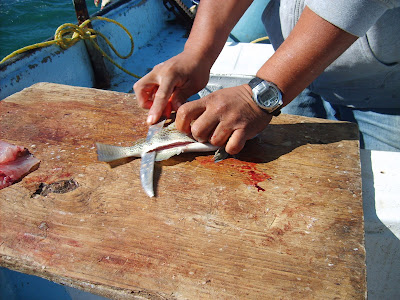 The pelicans were eagerly awaiting for the fish remains... 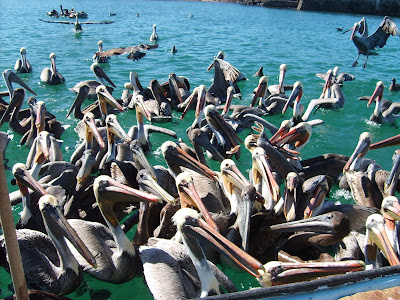 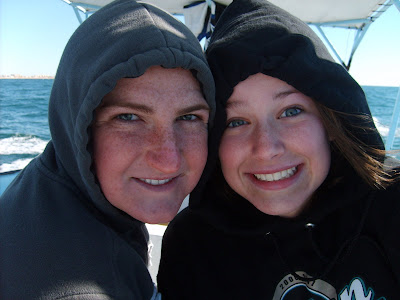 Several of the kids got a bit queasey from boat ride, even with the help of Dromamine.
I, on the other hand, have learned my lesson...Stay home!
That night we grilled up about 50 pounds of fish for tacos!
They were yummy, even for those that don't eat fish!
What we couldn't eat, we gave away to some locals.
That night we played Capture the Flag on the beach and laughed until we ached watching the kids play crazy group games.  The question game, signs, and mafia were just a few of the favs!
It was amazing to see the fun that could be had with no TV, cell phones, or computers.
Good Times!
Posted by Alison at 10:19 PM

It is so funny that we are both blogging at the same time. However, you are going twice as fast. I really could go for some fish tacos right now. I got sick on the dinner cruise when we were in Hawaii. However, I was pregnant with Megan, and there were 45 others joining me in my misery. I'm not anxious to be on boats anymore.