We had been anticipating this day for several months.
From the beginning of the season, Clark's only goal was to qualify for the State Track Meet.

It was a toasty 100 degree day as we sat on the aluminum bleachers at MCC for 12 hours!
(We did have a big umbrella and lots of water)

Clark had a successful day on many levels.

He ran his personal best in each of the 4 events in which he participated!

Medals were awarded to the top 4 times.
Here are a series of pictures of the 4x100 relay.
Clark ran anchor and the pressure was on!

starting to run in anticipation of the baton exchange... 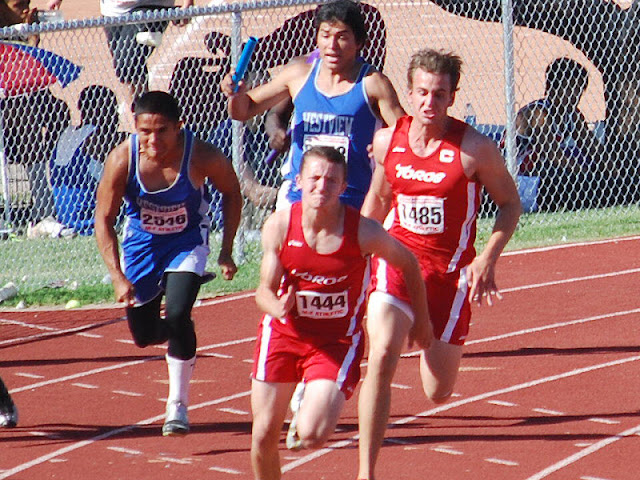 this is where we all hold our breath as David passes off the baton to Clark... 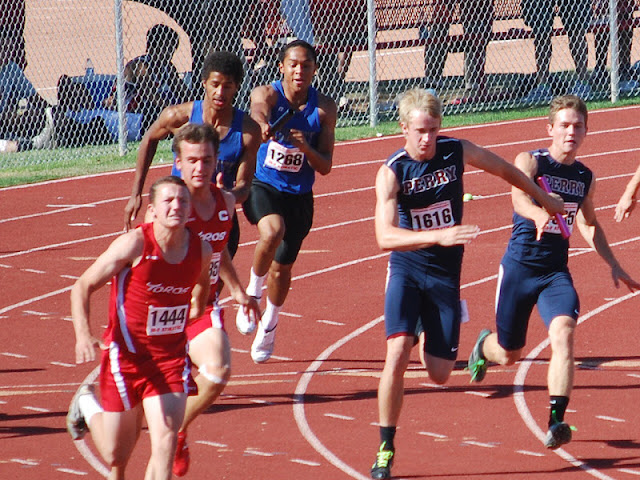 a deep sigh of relief when the exchange is clean... 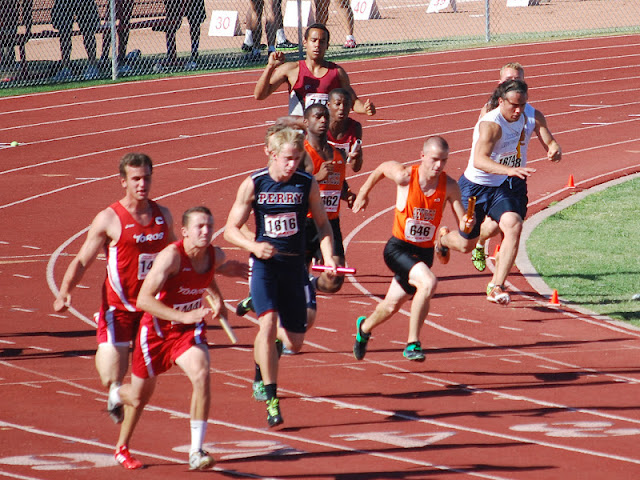 and he's off to the finish line! 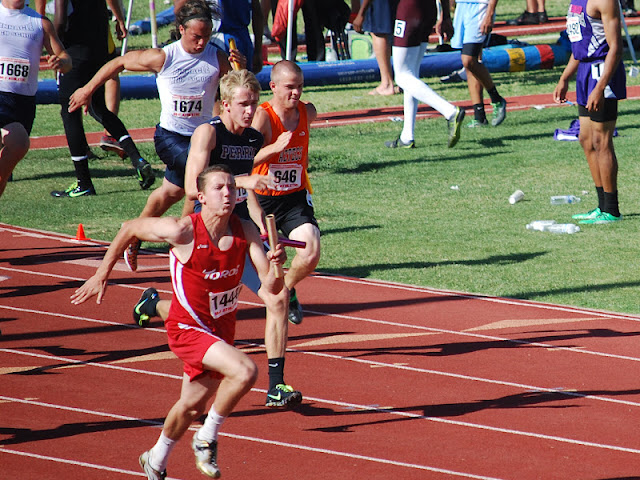 Here is the team on the stand accepting their 4th place medal!
Not too bad for a bunch of white boys! 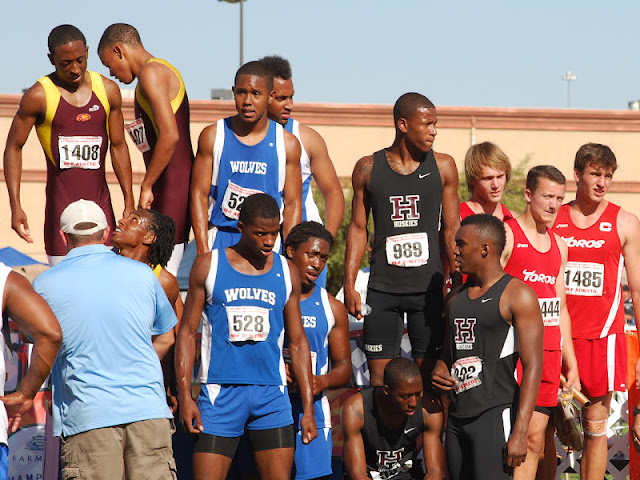 Clark is now in the top 10
in Mountain View's History in all 4 events!

This was a great moment, but even more rewarding to us as parents,
was when the coaches expressed their appreciation for Clark
and commented that they have never coached a kid that has worked as hard as Clark.

Two days later he was back to football
where he killed the timed 40 yd dash with a time of 4.5 seconds.

I joke with Clark that he can thank me for his speed...
it is  all because he was breast-fed.

He grins, shakes his head and tells me I am gross!

So when the cover of this week's TIME Magazine came out,
I couldn't resist... 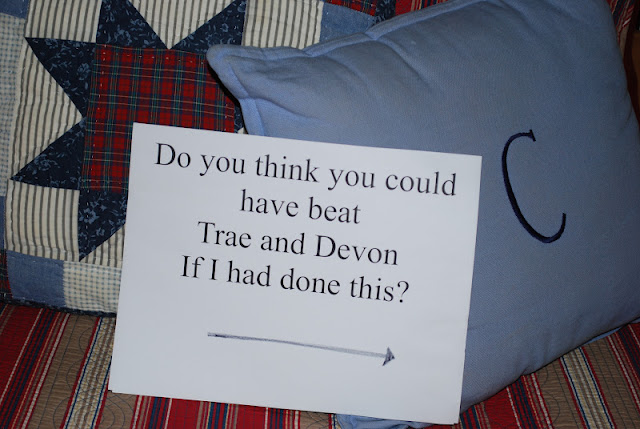 Please don't judge me...IT IS A FAMILY JOKE and we all had a gut busting laugh!
Posted by Alison at 4:48 PM

Clark is AMAZING! It was fun to watch him run this year