Track season is in full swing!
Clark is running the 100, 200, 4x100 relay and 4x400 relay.
The first few meets were freezing (Robin even brought her portable heater),
but as of this Saturday, while running in the Queen Creek Invitational,
the temperature should only by 100 degrees!  YIKES!
I have loved receiving pictures from other parents of Clark running.
This is the last leg of the 4x400 relay at the Toro Invitational in March.
(Clark's team won!) 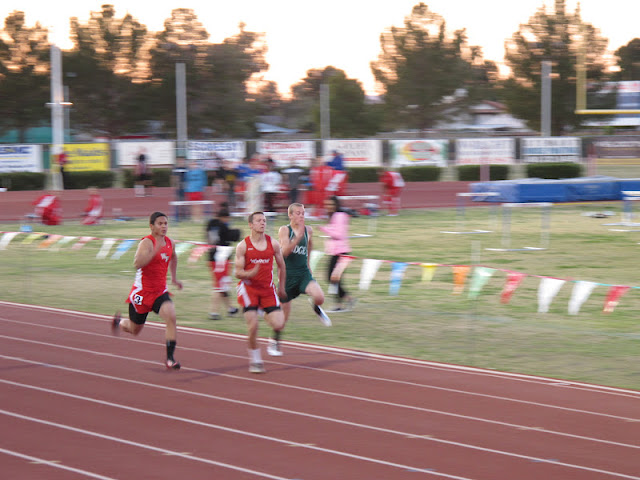 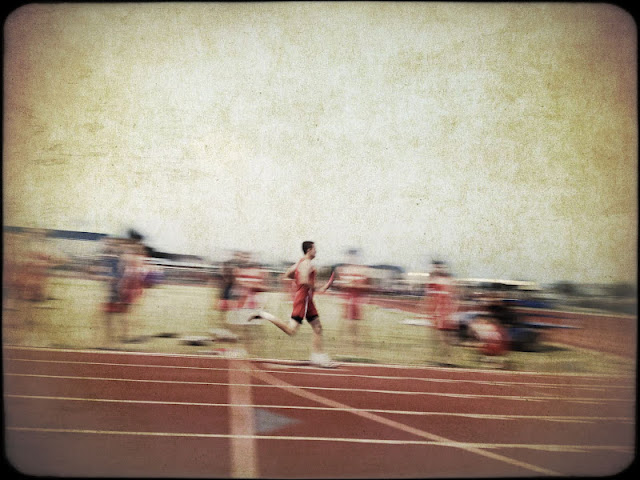 Clark's friend Cannon took this picture at last week's meet.
This was a grueling last leg of the 4x400 relay.
The runner nipping at Clark's heel is from Brophy and the guy is crazy fast!
He is a junior named Devon Allen and his times already qualify for the Olympic trials.
Clark gave it all he had, but just couldn't hang on the last 15 yards.
(You can tell he is struggling by his form!)
After this race, he literally collapsed just off the track!
It took him a good 20 minutes to be able to talk and walk.
It doesn't help that he is nursing a hip injury, but he never complains. 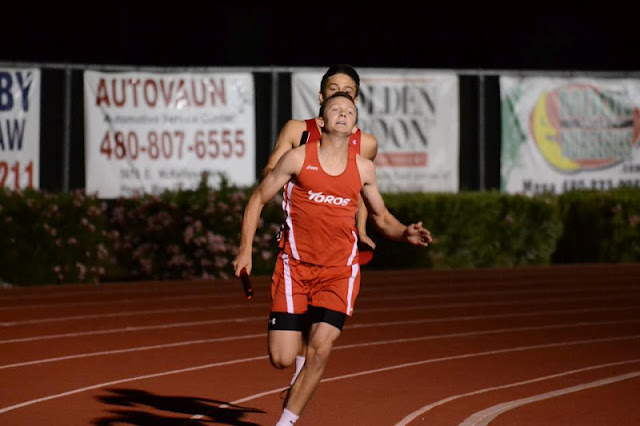 This is my favorite picture!
These three are so dang cute and it warms my heart
to see them cheering each other on in their individual events. 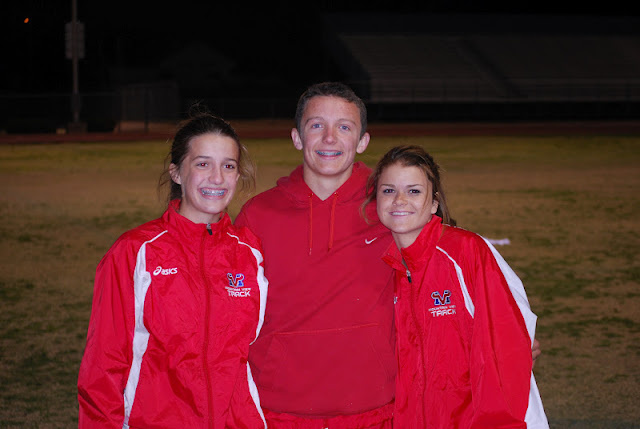 Clark's goal for the season was to qualify for the state meet.
We are looking forward to May 12th!﻿
Posted by Alison at 12:17 PM