Sweet Hour of Prayer for Christian and Stephanie 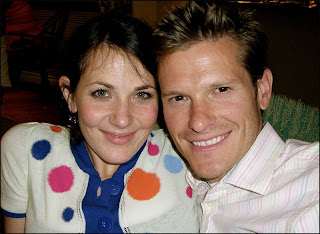 We are in shock and our hearts are breaking. Christian and Stephanie Nielson in our ward were involved in a small plane crash last night in St. Johns, Arizona. They were life flighted to Maricopa County Hospital's Burn Unit. Both are suffering from serious burns, Stephanie being much more critical of the two. The flight instructor, Doug Kinneard, who is in a neighboring stake, passed away this evening of his injuries. It is incredible that none of them suffered any blunt force trauma, but the burns are severe and deep. Curt was able to be at the hospital within hours of the accident. He, along with Christian's father, gave them both a blessing. Christian and Stephanie have been in our ward just over a year and have four young children, ages six and under. They are a dynamic couple, full of life and wonderful examples to all they meet. They are truly a breath of fresh air. The ward held a special fast for them on Monday. The ward members and neighbors, many of which are not members, gathered in the chapel at 6pm to break our fast. Curt conducted the meeting. We opened with a hymn and a prayer. Curt then gave a chronology of the events leading up to the accident. He also gave an update on the conditions of Christian and Stephanie, acknowledging that the healing process for both would be long and painful. The doctors have given Stephanie a 60-70% chance of survival. (Christian's prognosis is 1-2 months in the hospital with follow up therapy and Stephanie 4-6 months in the hospital.) With the family's encouragement, Curt prepared us all for the fact that when Stephanie returns to us, she will be the same wonderful person on the inside, but that she will look very different. It is so hard to put into words the devastation that we all feel. President Wright then invited the congregation to kneel down as he offered a heartfelt and pleading prayer for their recovery. It was truly an amazing experience and one that I know will not be forgotten. I was so humbled by all that were there, even the Nielson's mailman. The chapel and overflow were filled with friends, family and ward members. All my children were there, hungry from their fast of the day. I was so touched that without being asked or prodded, they each on their own fasted through a long, hot school day. We left the meeting with tears in our eyes, but hope in our hearts.
Posted by Alison at 6:45 PM