The End of the Season

I never get tired of watching my kids play sports!
I look forward to each and every game and am always so impressed
with their hard work and grit.

One of the last games of the season was against Mesa High...a basketball rivalry for sure!
It was a physical game and we had lost to them previously,
so the pressure was on!

Bennett played well, but not without some injury... 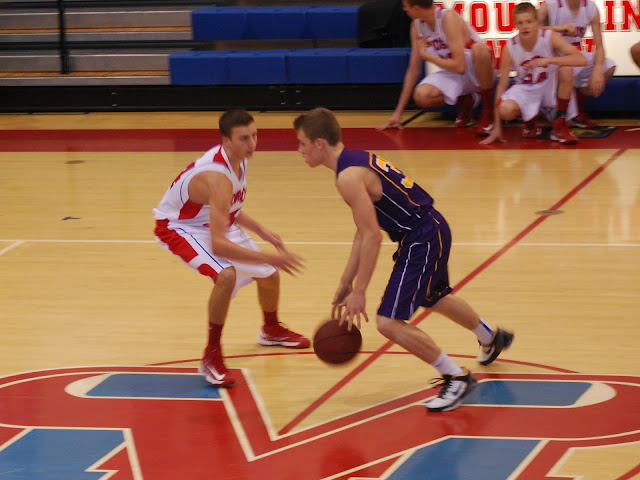 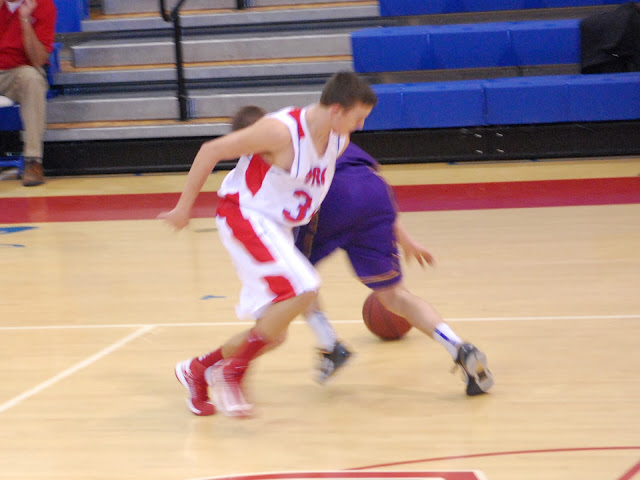 almost had the steal! 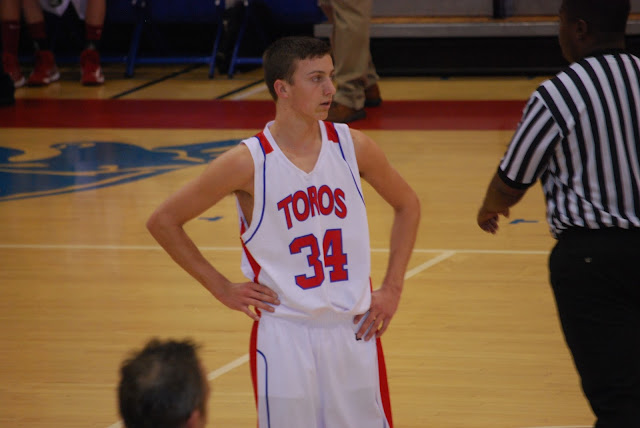 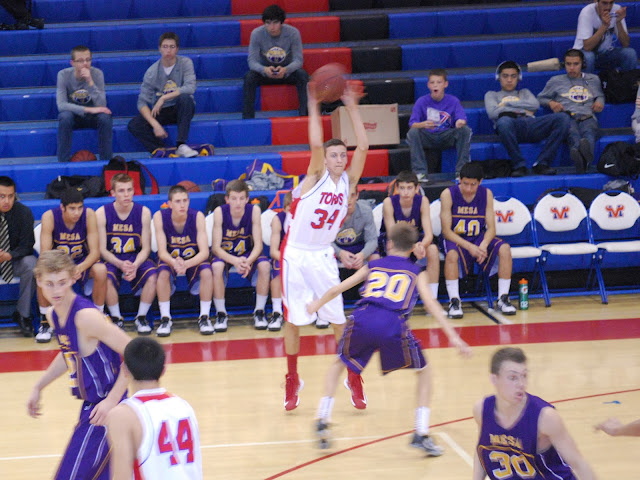 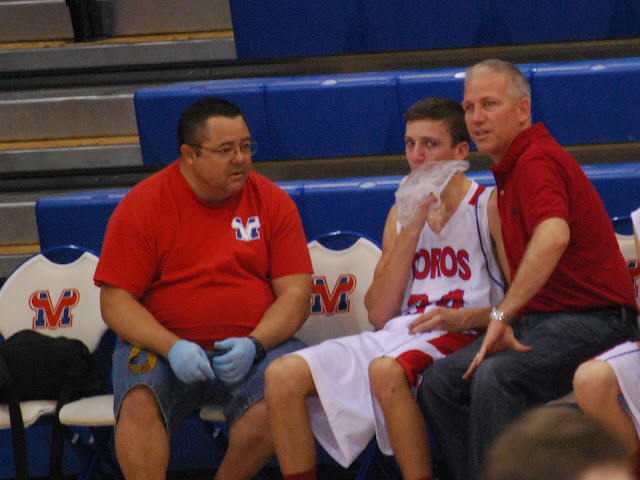 During the second quarter, the player that Bennett was guarding, elbowed him in the face,
which resulted in his tooth going through his lower lip.
The trainer and Curt talking over Bennett's injury.
(Clearly Curt was having a hard time focusing...he couldn't keep his eyes off the game!) 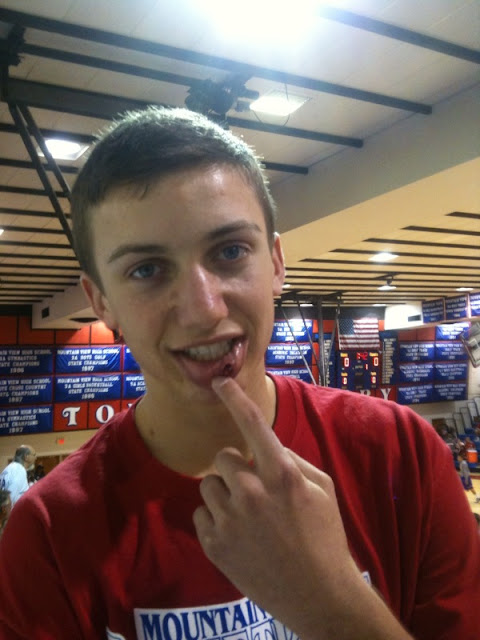 He stuck around for the entire game and then we took him to get his 3 stitches. 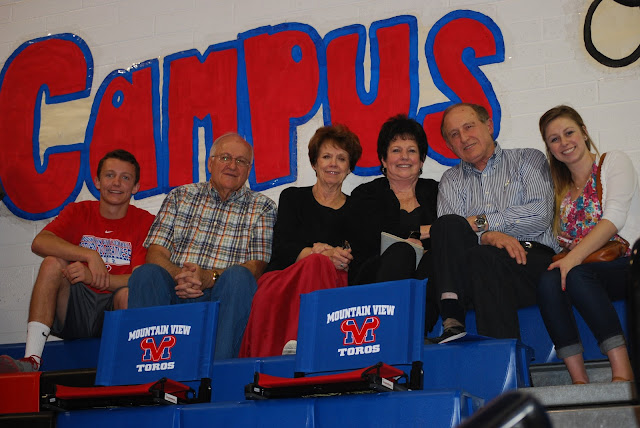 Cheering on Bennett and the Toros 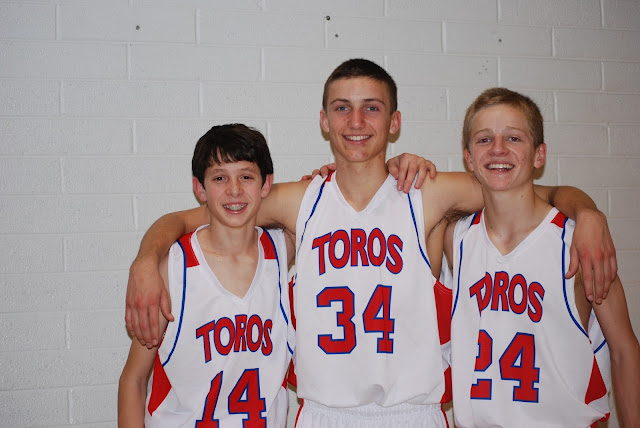 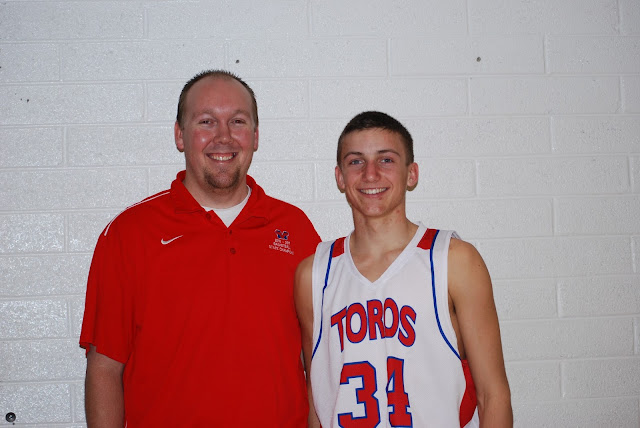 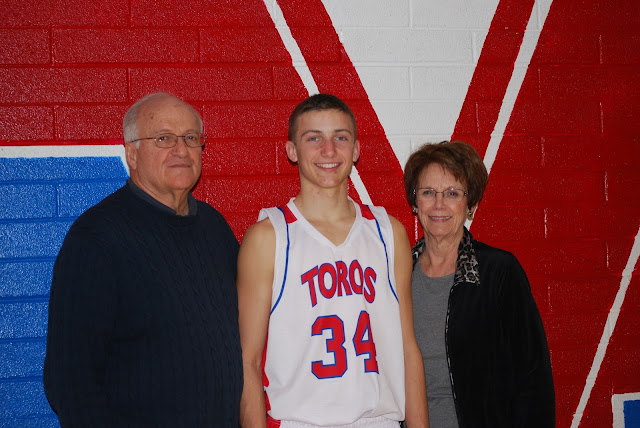 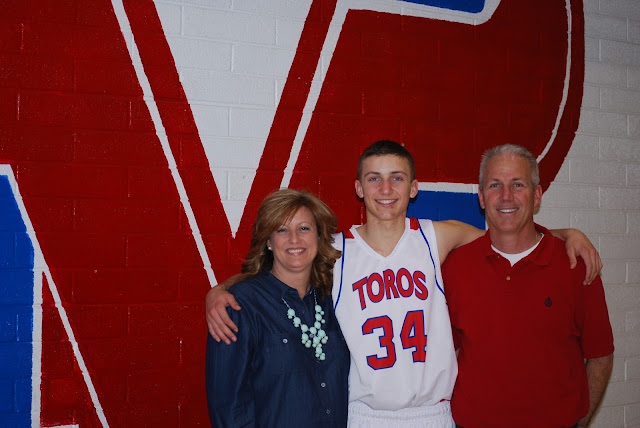 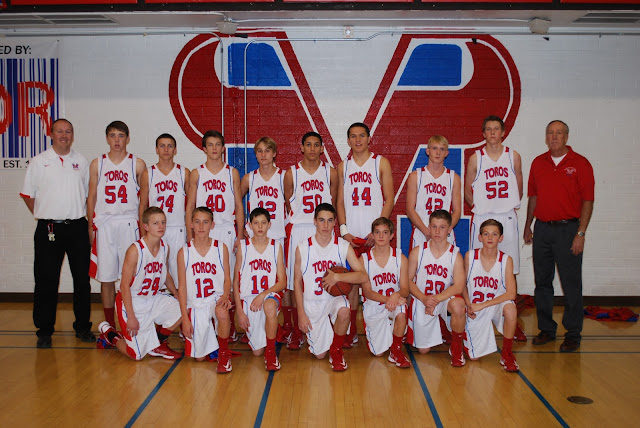 These guys finished the season with 15 wins and only 3 losses
and I loved every second of it!
Posted by Alison at 10:23 AM