Who would have thought that watching General Conference
on October 6th could change our lives so quickly and dramatically?

The announcement that young women could serve missions at the age of 19
was a total game changer for Haley!

Without any hesitation she KNEW that was what she needed to do!

During the following week she met with her Bishop
and took care of the necessary medical and dental appointments. 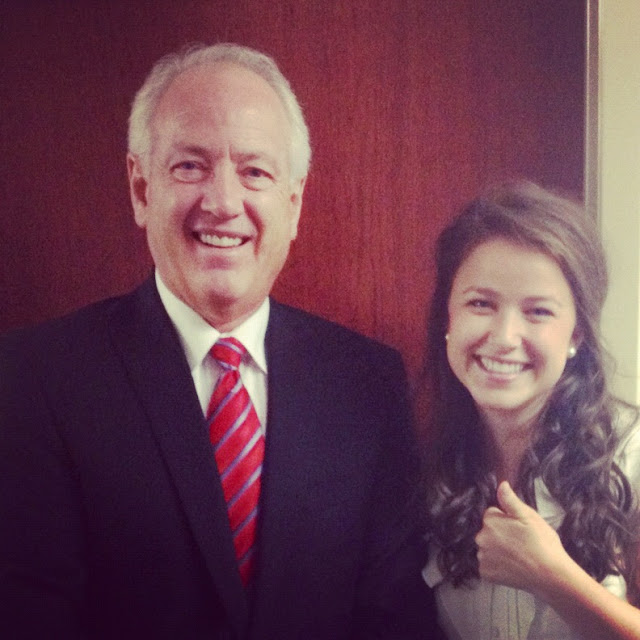 President Smith and Haley after her papers were submitted on October 17th.
The wait begins! 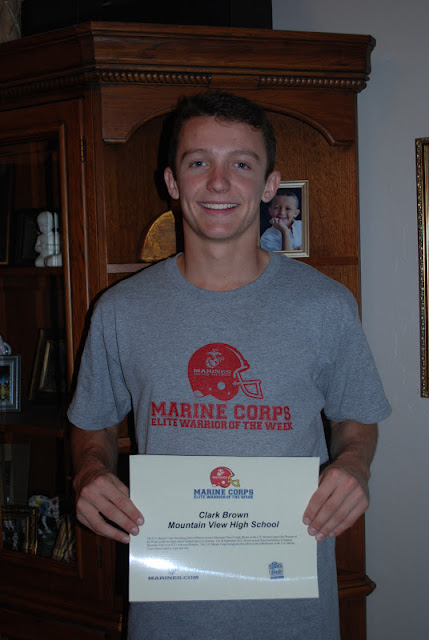 "On September 28, 2012, Brown scored three touchdowns
in helping Mountain View to a 43-31 win over the undefeated Pinnacle.
Brown returned two punts for touchdowns of 78 and 51 yards
and grabbed a 45 yard scoring catch in the victory."
(Thanks to all those who voted!) 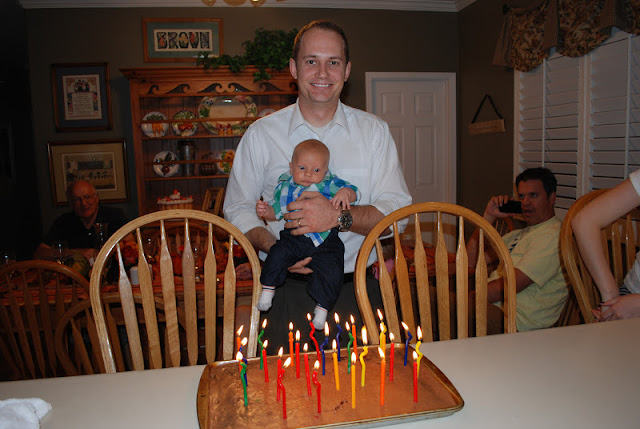 We were also excited when Brett announced that he had been accepted into
the Graduate Program at ASU in Agri-Business which will begin in January.

We enjoyed the traditional Halloween Dinner at Grandpa and Grandma Clark's home.
Complete with decorative lights, a fire in the outside fireplace, cute decorations
and yummy food (Goulosh, pumpkin bread bowls, donuts and hot chocolate).
It is no wonder that the grand kids don't want to let this tradition end! 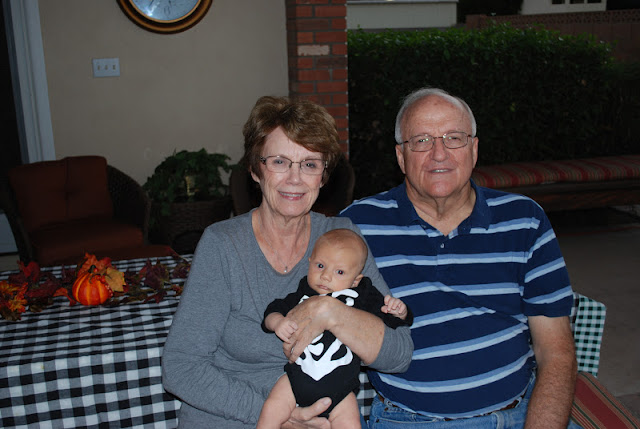 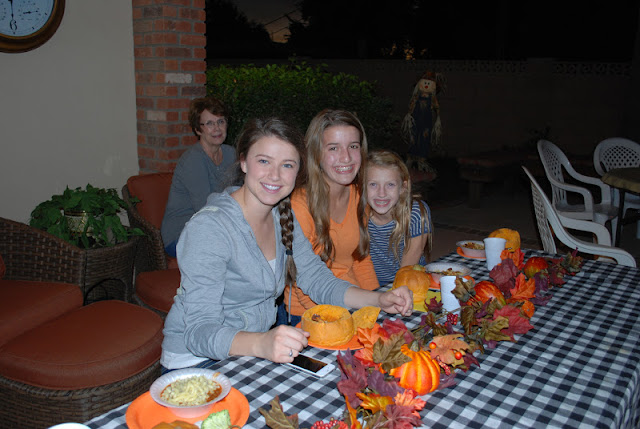 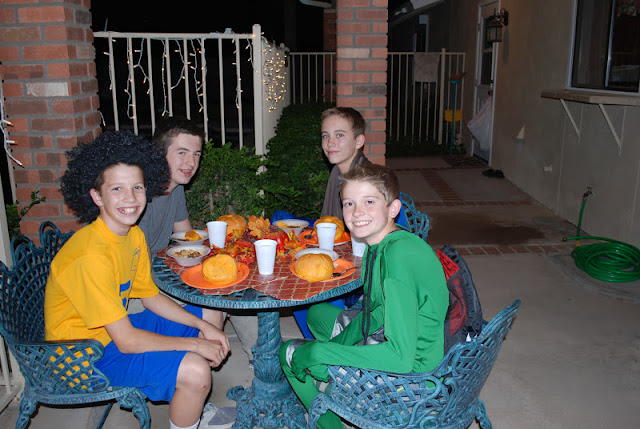 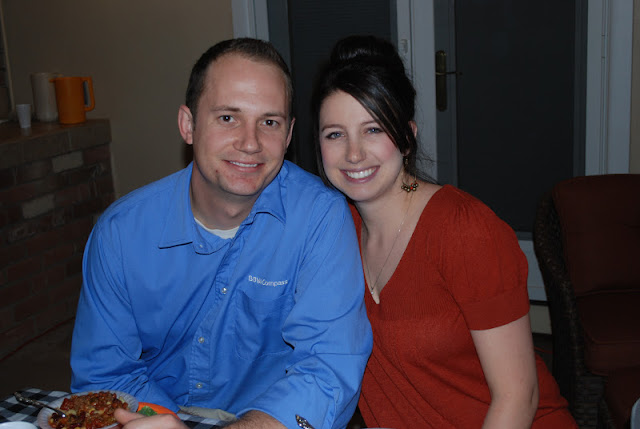 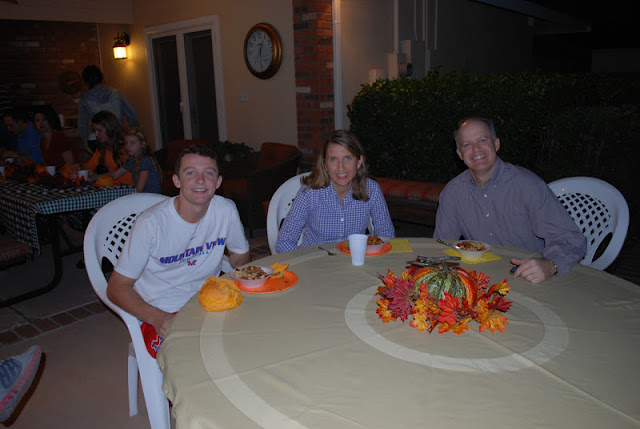 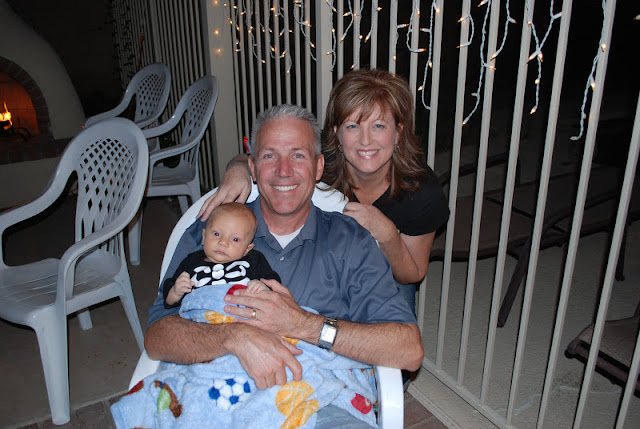 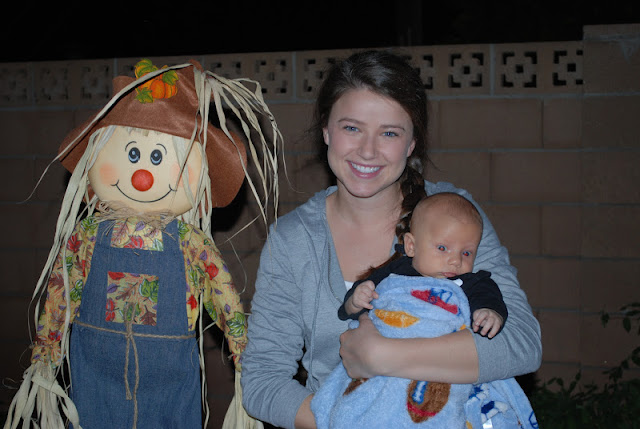 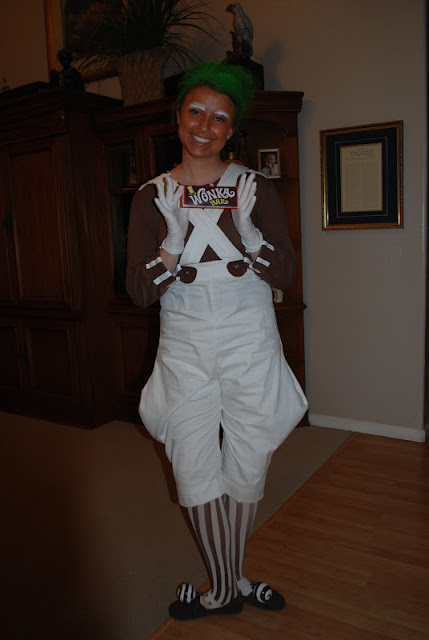 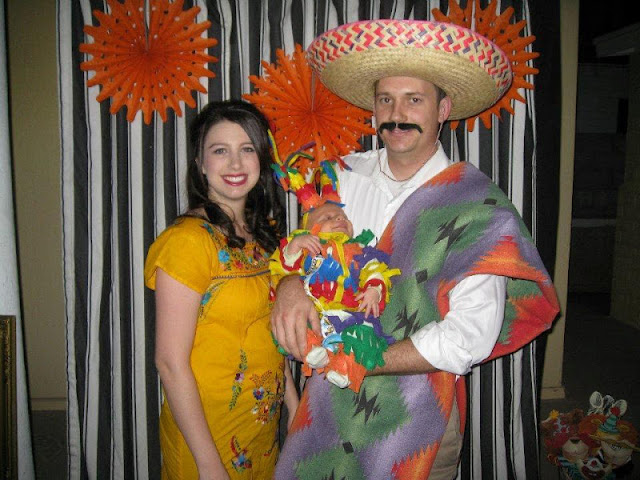 Brett, Tia and Landon were a "Fiesta"
(They won the "funniest costumes" at their friend's Halloween Party!) 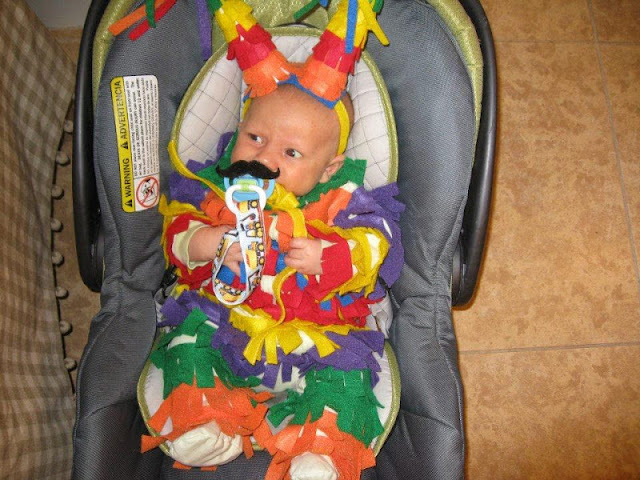 and Landon stole the show as a Pinata!
(A big shout out to Tia for her vision and the darling costume she made for Landon!)