With three December birthdays and Christmas fast approaching,
Curt and I had planned to get a jump on the shopping.
It was a nice, warm Saturday afternoon and the kids were busy doing their various activities.
Cassidy, Clark and Bennett were working for our neighbor
putting up Christmas decorations and pruning her yard.
All was going as planned until we received a call from Cassidy
informing us that Clark had accidently cut a chunk out of Bennett's finger.
We hurried home to find this... 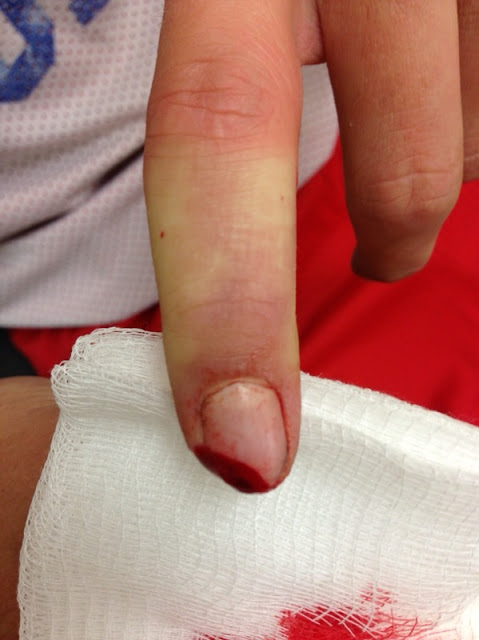 The boys were working together cutting back some bushes.
Bennett would hold the bush branches as Clark would cut them off.
With one quick snip, Bennett's finger was caught in the Fiskar scissors.
(who knew those things were so sharp?)
As good boy scouts, they found the cut chunk of finger just in case it could be reattached.

We called our best doctor friend and took Bennett to the ER where he was working.
Dr. Gallman numbed his finger, cauterized the wound, and bandaged it up.
No reattachment needed.

After the drama, all I could think about was Bennett's first basketball game in three days.
I was prepared for some name calling and blaming, but Bennett didn't utter one complaint.
He went to basketball practice and played in his first game.
It was obvious that he was in pain and a bit apprehensive about playing too aggressively,
but he played...and he played great! 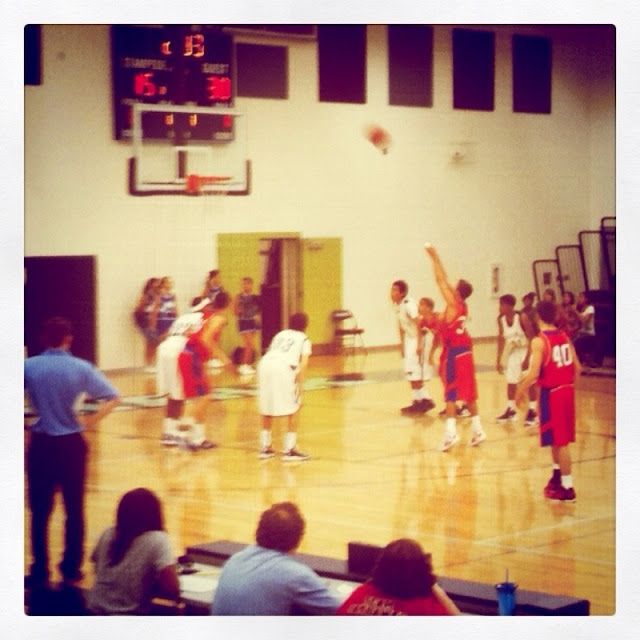 Haley in the meantime was having a great time in Provo! 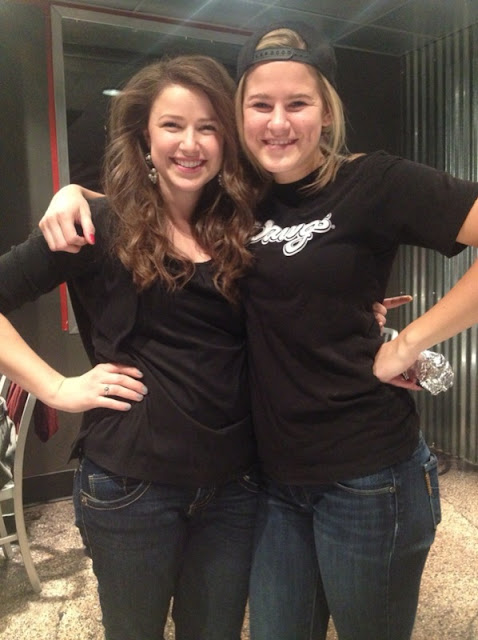 Haley and Brimley at J Dawgs 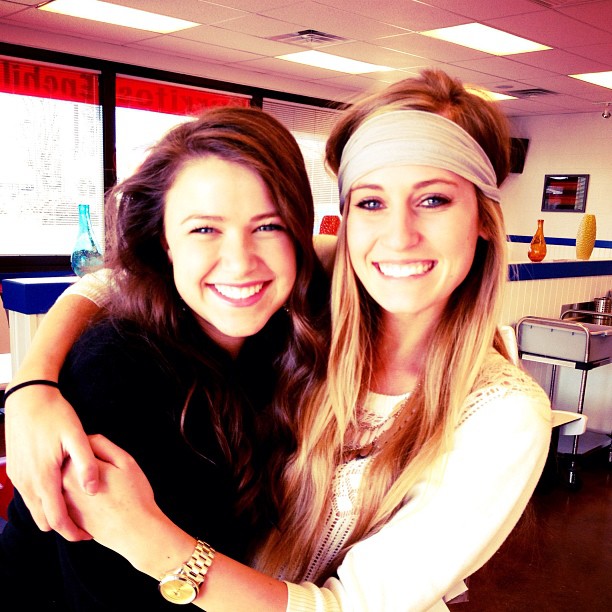 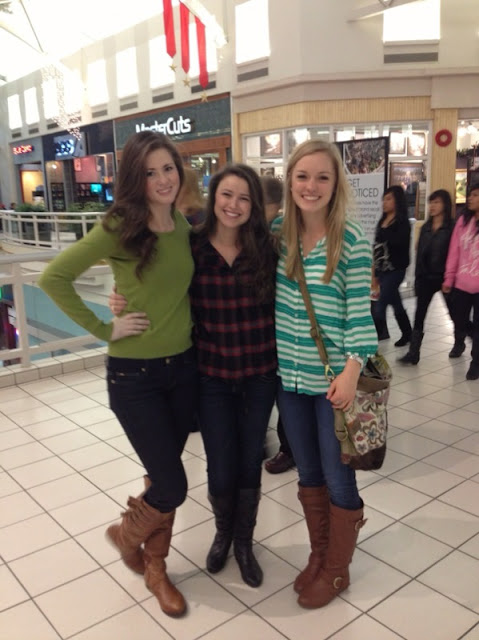 Madi, Haley and Makaelee after seeing the movie "Pitch Perfect" 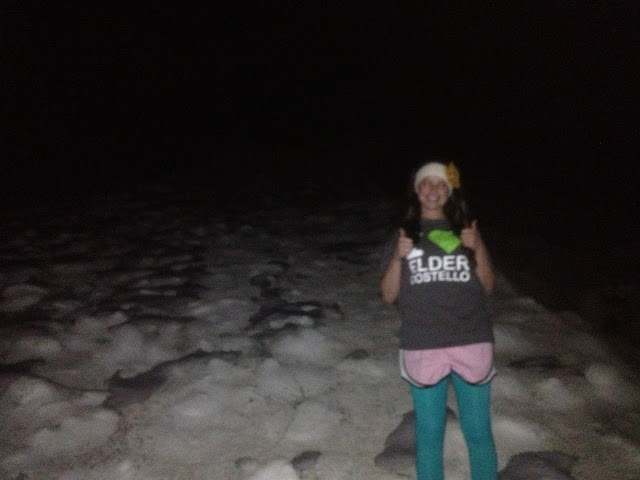 Hiking the "Y"
(Don't even want to know what time this occurred and the explanation for the outfit!) 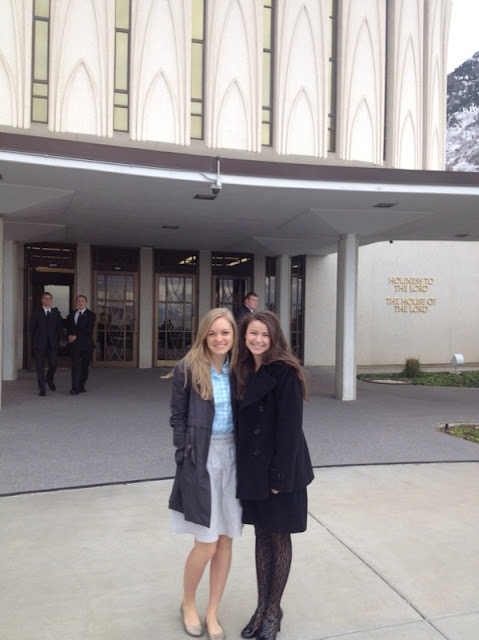 Makaelee and Haley doing baptisms at the Provo Temple

Haley has great friends!
She loved hanging out with them,
visiting with her Snow cousins,
and checking up on the BYU freshmen cousins, Katie and Abbey.

And Bennett's finger, although ugly, is healing well!