Homecoming Weekend was busy and fun filled!
We started by attending the Homecoming Assembly Friday morning in the gym. 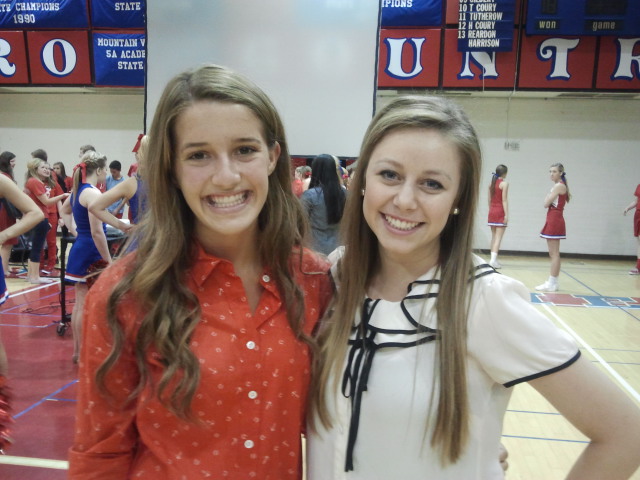 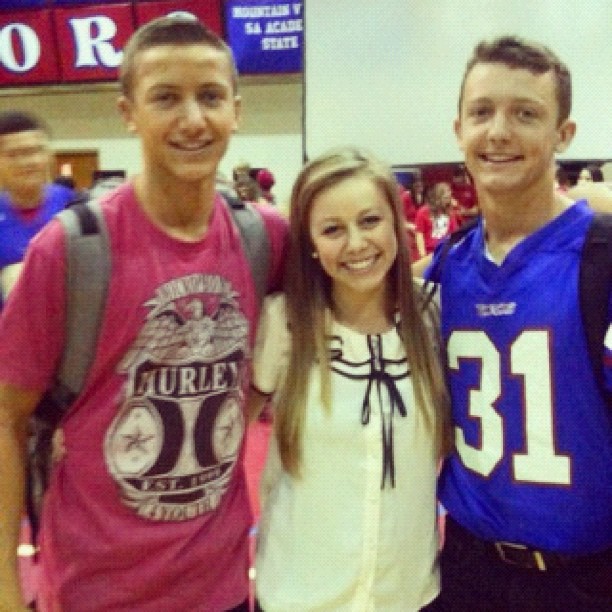 It was so fun to see these two boys after the assembly! 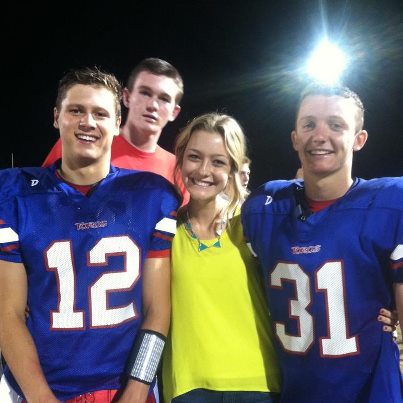 The Homecoming Game was against Westwood.
Chase, Rachel and Clark after a great WIN of 52-7.
Clark scored 2 touchdowns and had over 100 yards in receiving! 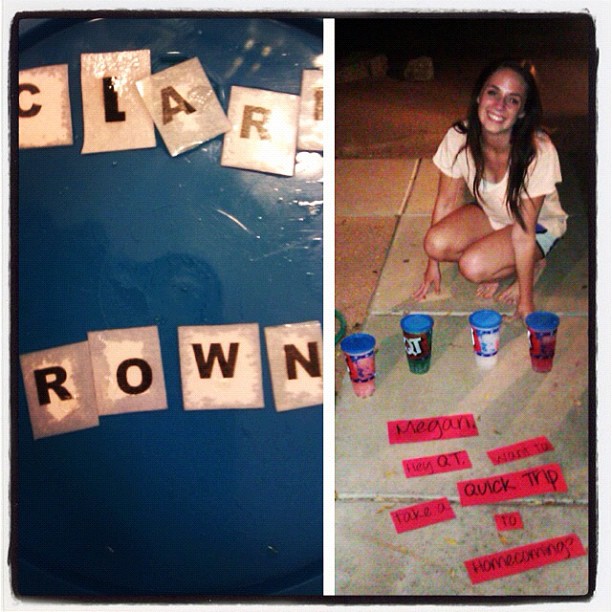 Several weeks ago, Clark asked Megan to be his date for the dance.
He put the letters of his name in QT slushies with the caption:
"Hey QT!  How about we take a "Quick Trip" to Homecoming?"
(Thanks, Alexa for letting us use your cute idea!) 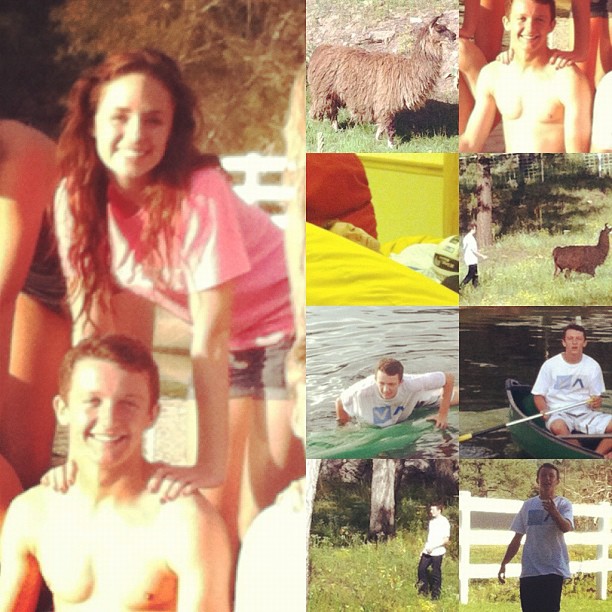 The day activity was held at Bob Worsley's cabin up in the mountains.
The cabin is HUGE and the kids had a blast playing in the 'over the top' game room,
swimming in the pond, chasing the llamas and eating pizza. 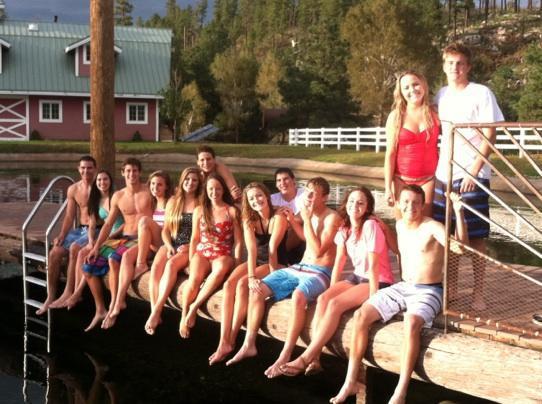 A great group of kids! 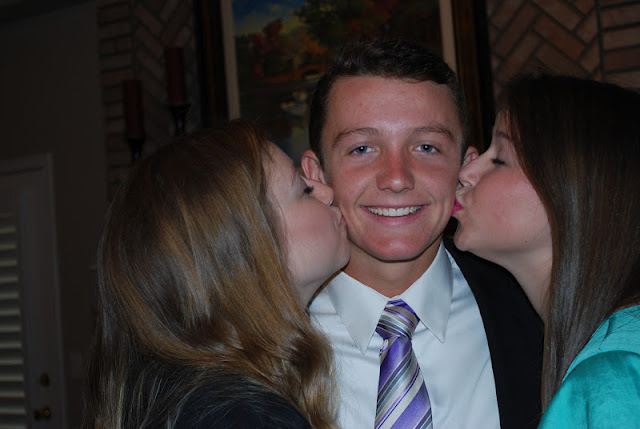 Just as Clark was ready to head out the door to pick up his date,
Cassidy and Haley snagged him for the traditional send-off! 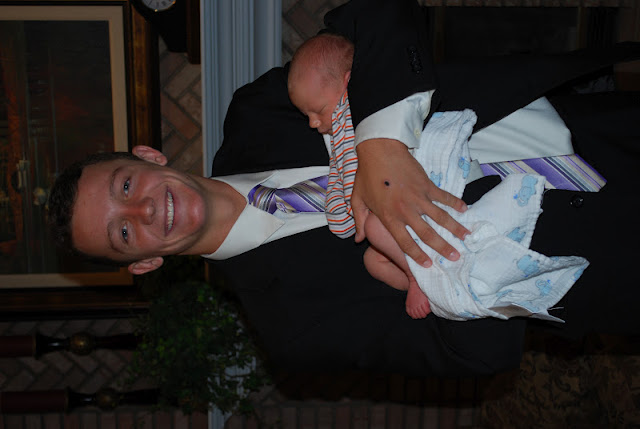 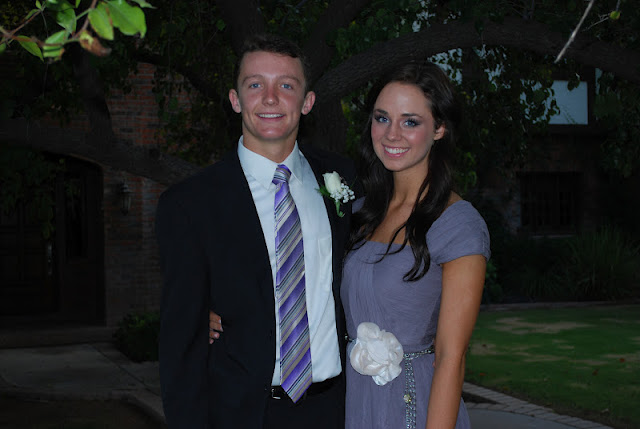 Clark and Megan
They took pictures, ate dinner at Golden Gate and headed off to the dance. 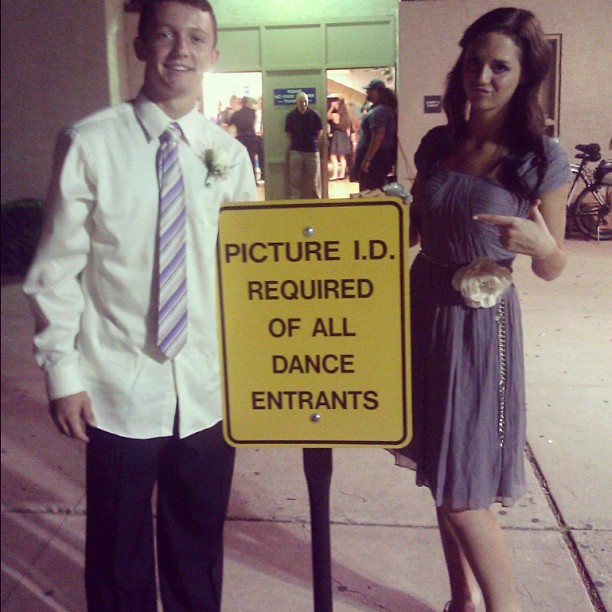 Unfortunately, Megan had lost her wallet with her school ID and license in it.
She printed off her school schedule complete with picture, class schedule, etc.
and the teacher checking IDs and tickets would not let them in!
They tried everything...but NO LUCK!
Needless to say, it was a bit of a bummer, but they made the best of it!
(we'll see what the administration has to say after Curt talks to them...it seems a bit extreme!) 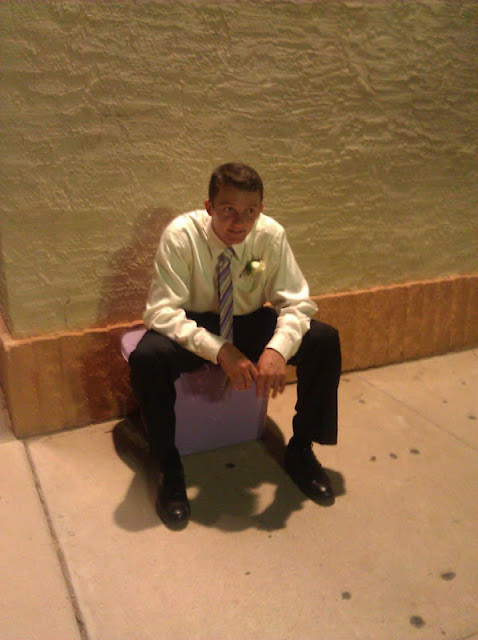 Clark chilling outside the dance 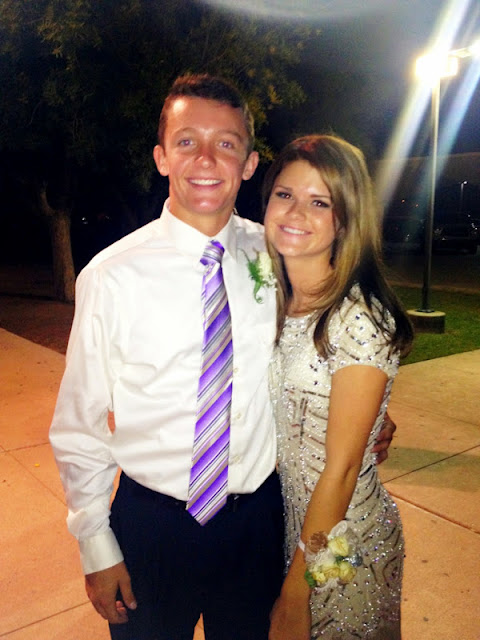 So fun to see Samantha! 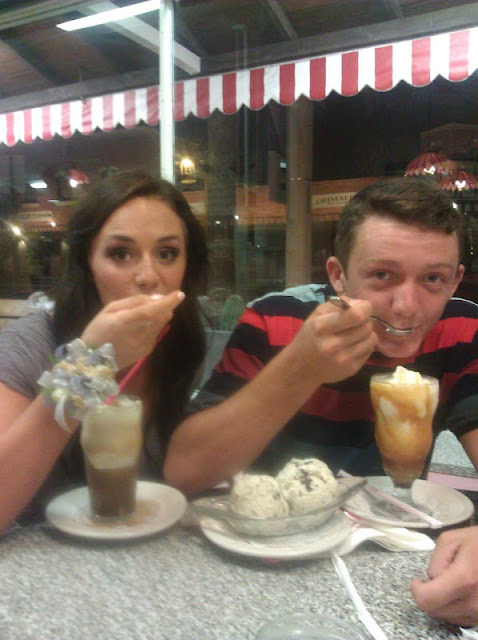 The night activity included ice cream at the Sugar Bowl in Scottsdale. 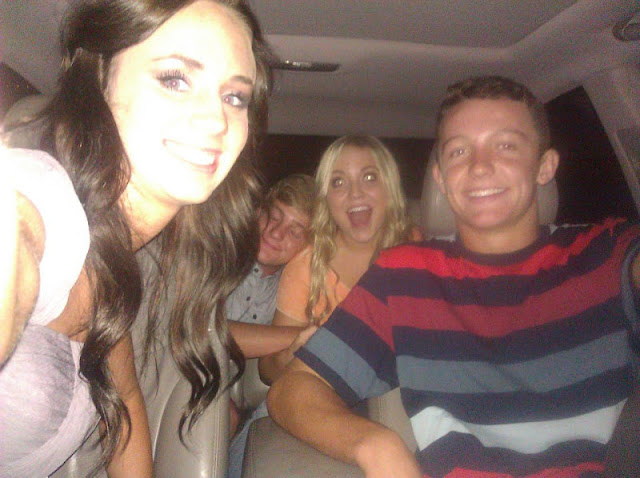