"Midnight Moment" was the theme for Prom this year.
We love the tradition of seeing the cousins all dolled up before they leave.
Samantha and Carie looked gorgeous! 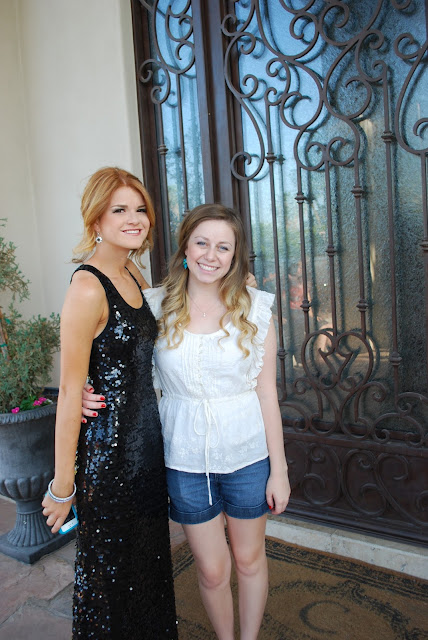 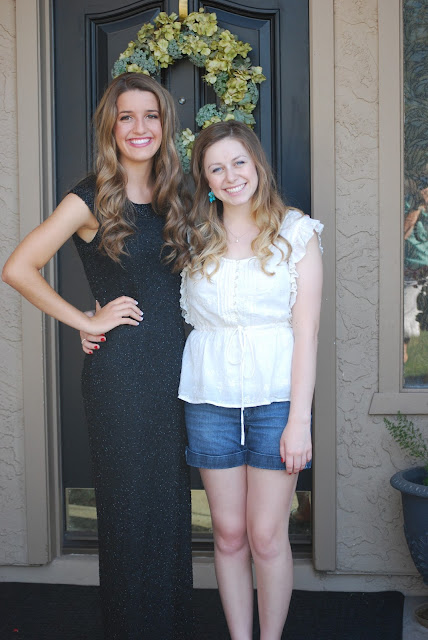 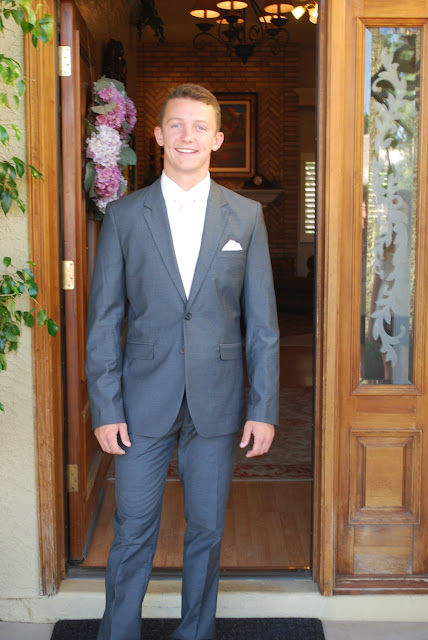 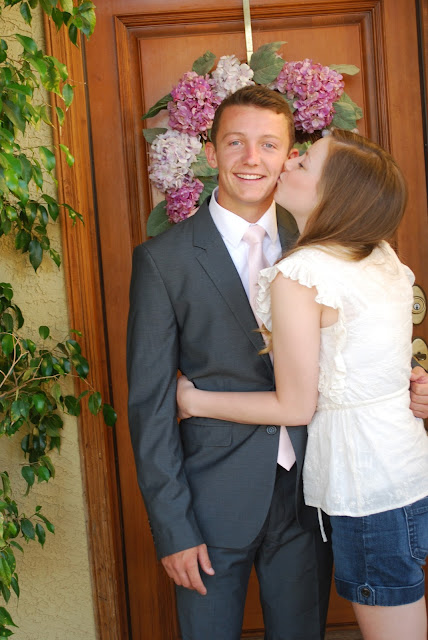 He is such a good sport to put up with the traditional "kissy" picture!

The evening was not without drama...
We spent time with Clark helping him get ready, fixing the handkerchief just right,
and asking him a million times if he had his ID, money, tickets, and corsage.

When we were confident that he was good to go,
Cassidy and I left to go see Carie and Sam.
About 20 minutes later, I received a call from Clark...
as he was getting into the car to leave, he heard a big rip,
only to realize that the entire crotch of his pants had ripped!

Thankfully, he was laughing and not overly concerned!
(A big difference between boys and girls!)
He hurried and changed into his other suit (thankfully he had one)
and was only a few minutes late picking up his date.

Boy, did we have a good laugh! 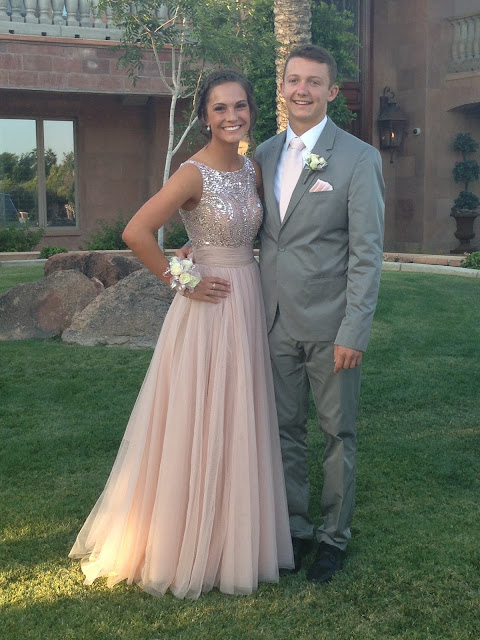 Danielle and Clark
Pictures at Glausers, dinner at Charleston's, the dance,
and trampolines at Desert Devils were the fun for the evening 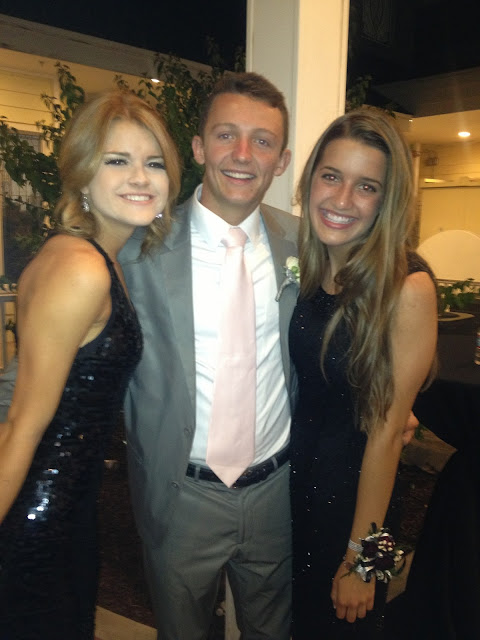 Love that these 3 found each other and took a picture!

From all accounts, everyone had a FABULOUS TIME!