To celebrate the Fourth of July,
Haley and some friends decided to go up to Show Low to spend the holiday.
When we received a call at 10:30pm the night of July 3rd,
we knew it wasn't good.
Haley informed us that they had been in an accident several miles outside of Payson.
Everyone was fine, but the car was not.
All we knew was that they had hit a deer, and narrowly missed a pole.
Curt asked if they needed his help and within minutes he was on his way to Payson in the tow truck.

When he reached the scene of the accident, we realized how blessed all these kids had been.
It was an elk, not a deer.
The car was suspended in the dirt median in the middle of the divided highway
and had just missed hitting a big pole.
The elk hit the passenger side window and the side of the car.
Thankfully it was not head on, or the results would have been much different.
The young man sitting in the passenger seat was covered in shattered glass and elk hair,
but was not cut or hurt.

We are so grateful that they had offered a prayer before their trip,
praying to arrive safely.

As the other kids continued on to their destination (still shocked they didn't stay to help!),
Curt, Haley and two strangers who had stopped, helped Curt get the car ready to tow.
It was a huge job, considering the way the car was positioned.

A lot of lessons were learned:

ALWAYS wear a seatbelt
Prayers are answered
Curt is THE BEST DAD EVER!  and Haley knows it!
(It wasn't even Haley's car, but she knew her Dad would be there to help,
no matter what because it is not the first time Curt has rescued her
and her friends in the middle of the night with car issues!)

At 4am they arrived home, safe and tired. 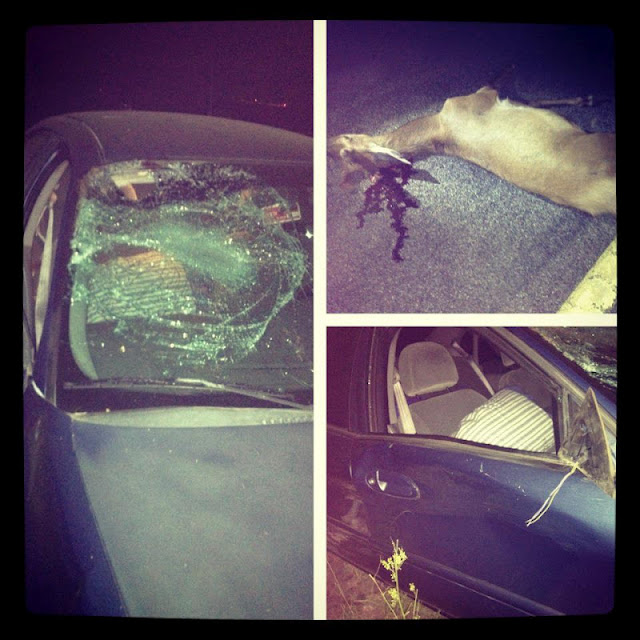 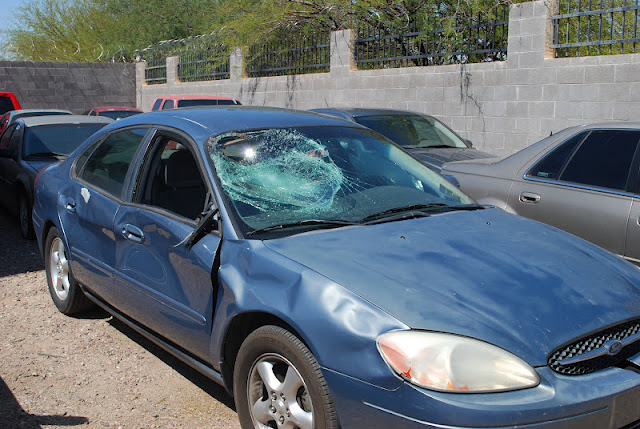 The next morning, bright and early was the flag route.
It was awesome that Clark and Bennett did it on their own and let Curt sleep. 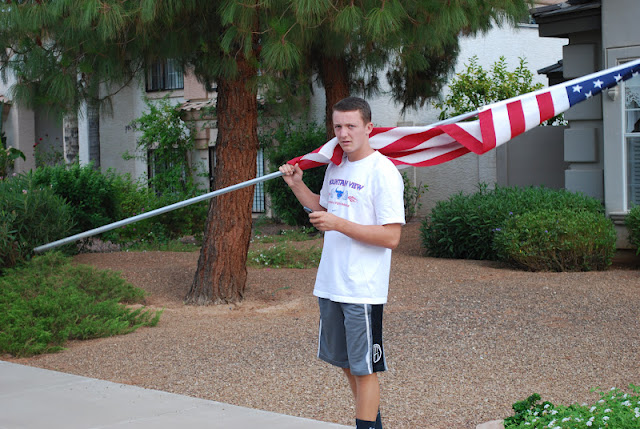 Clark multi-tasking and not too happy about my pictures! 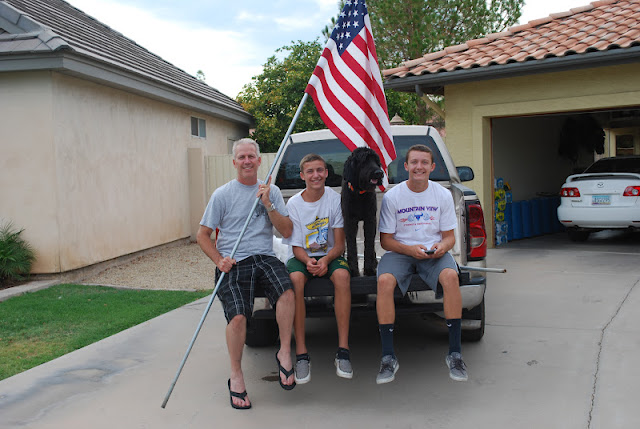 Getting ready to take down the 32 flags on their route! 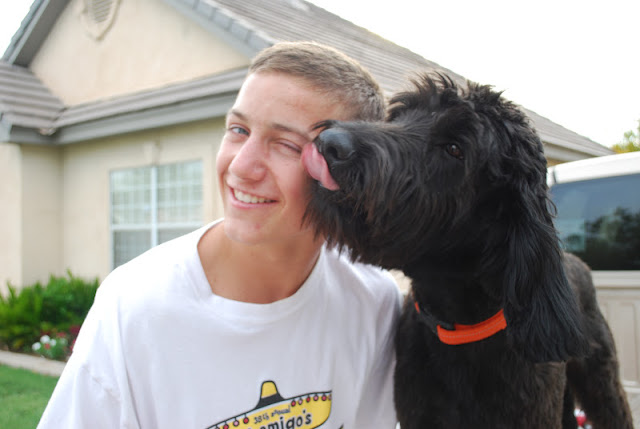