Bennett played flag football on the Poston 8th grade competitive team.
About half way thru the season, the coach,
(who happens to be the Mountain View Head Varsity Coach),
realized Bennett has a great arm and can really throw the ball.
It didn't take long until Bennett was playing quarterback.
At first, very timid and nervous, we watched Bennett
gain the confidence that comes with experience.
It was really amazing to watch him progress throughout the season.
He was awesome and Curt and I were more than impressed!
We played Taylor for the City Championship,
but ended up losing in a nail-biting game.
Bennett has assured us that he is going to swim, not play football, at Mountain View.
I told him that Coach D might drag him out of the deep end
when he doesn't seem at football practice this spring!
Great season, Bennett!  We are proud of you and look forward to those swim meets! 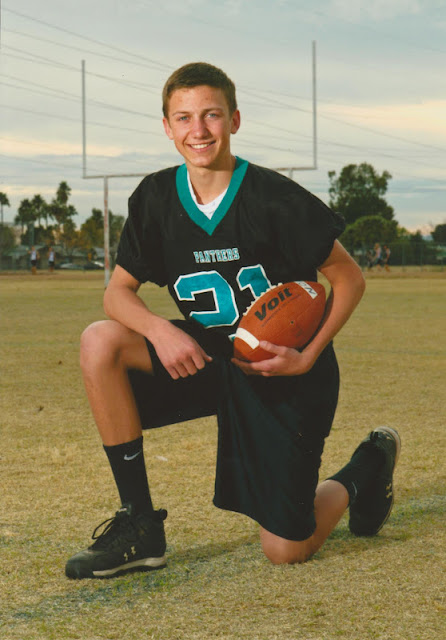 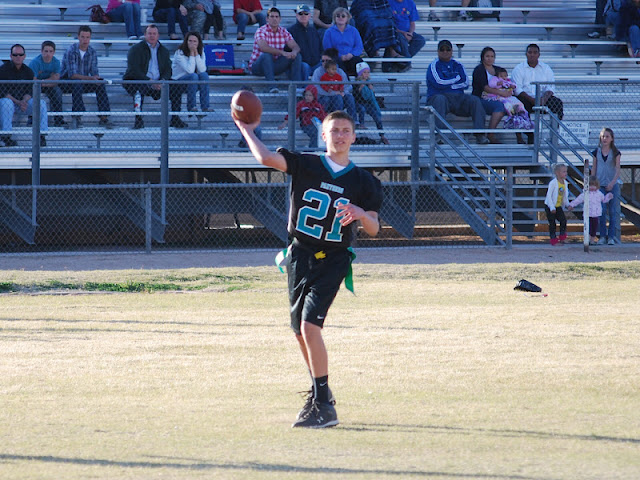 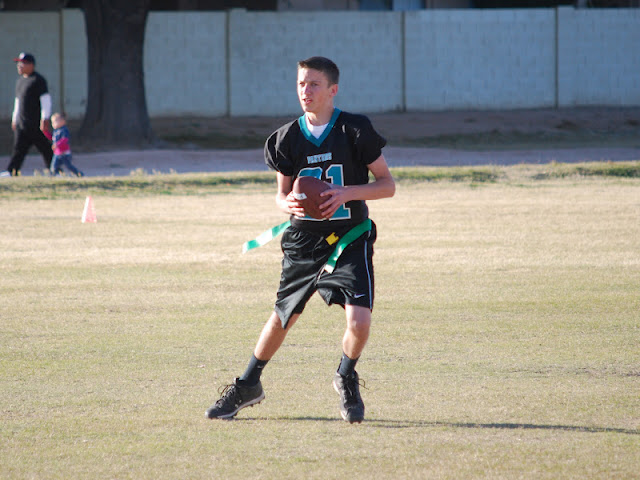 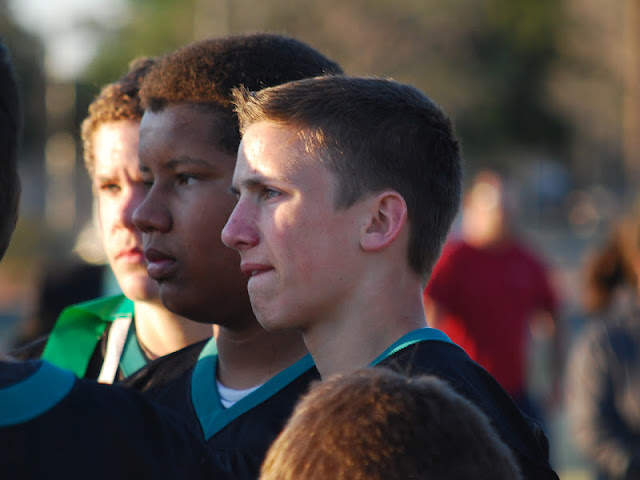 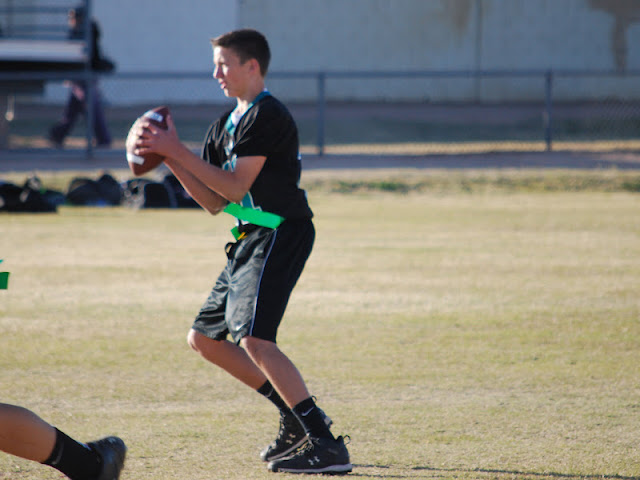