Westwood High School celebrated 50 years last night at their Homecoming Game.
In commemoration of the historic event, each decade of classes
was invited to make a float for the Homecoming parade and half-time show.
The 70's and 80's got together and came up with this great float...
"Cruisin' back through Time" 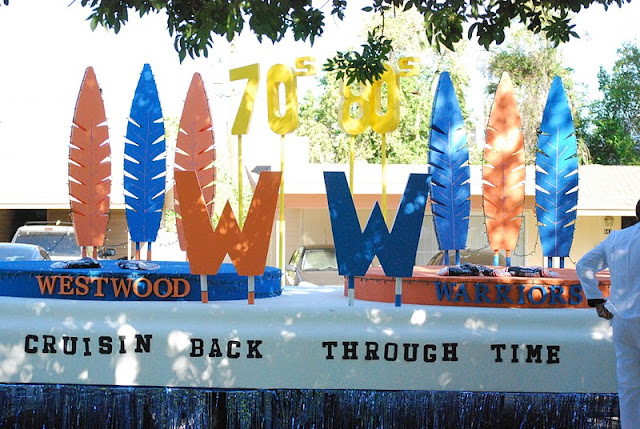 As a 1982 graduate of Westwood, Curt was asked (actually cajoled)
into dressing up as Bruce Springsteen for their float.
He was in the company of Elton John (Scott Jackson),
John Travolta (Keith Deering), and Michael Jackson (Greg Arnett not shown). 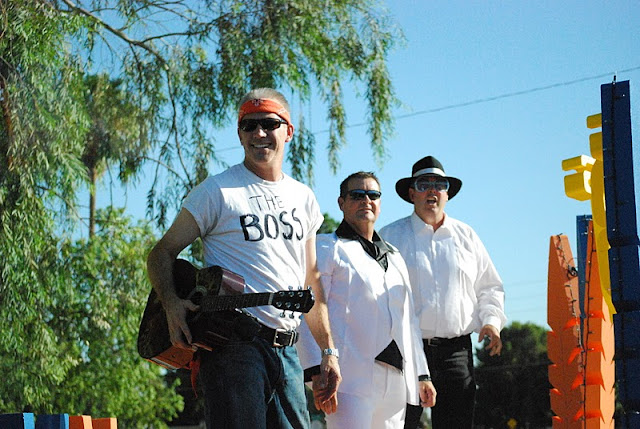 Each singer danced to their song that was blasted from the float.
Bruce's was "Born in the USA"
The crowds along the parade route.
Gotta love that Westwood is steeped in tradition and spirit! 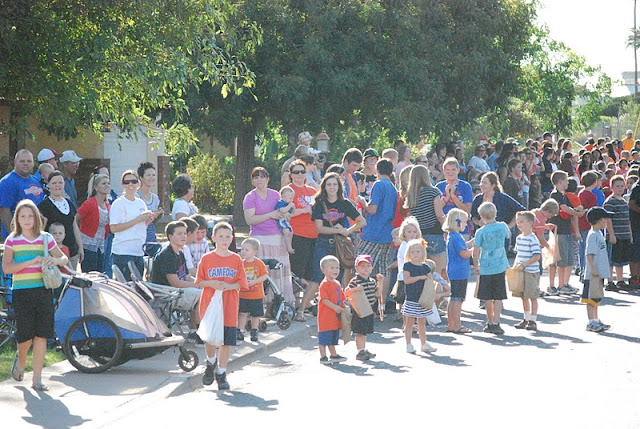 The float looked awesome and the crowd loved it!﻿ 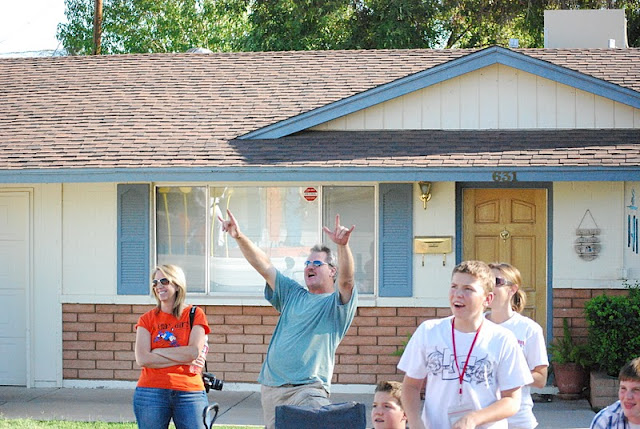 Even the Elders were impressed!﻿ 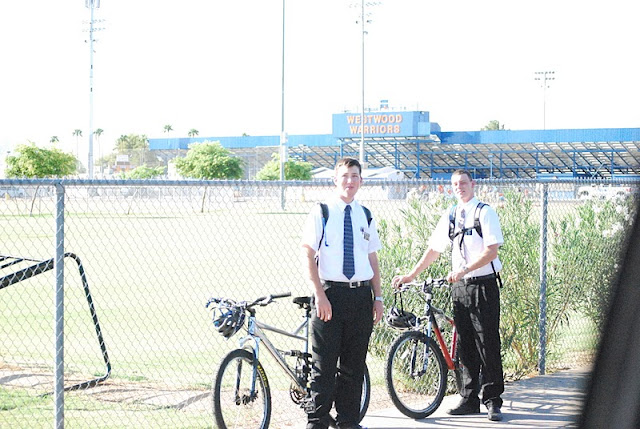 50 years is a big deal and all the news stations were there for the historic celebration! 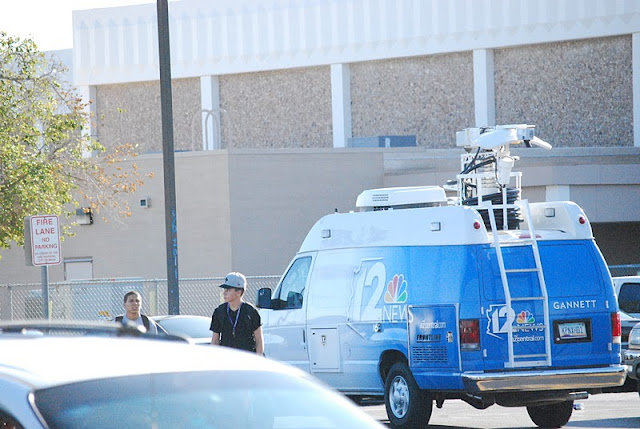 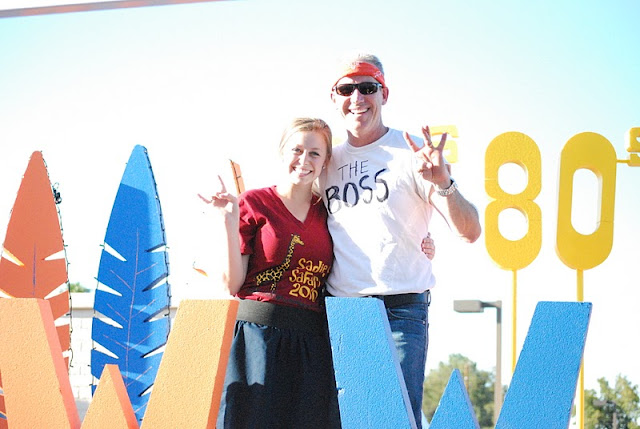 At the half-time show...
Curt has always said that his blood runs deep orange...
and he proved it last night! 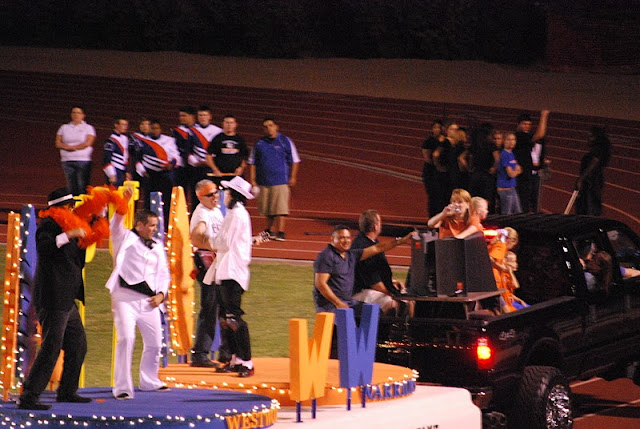 I LOVE IT!!!! I wish I could have been there! That orange is as deep as my purple! Thanks for writing and showing the pix. (now on to teasing Curt and Scott!)

The picture above this elders is Orson's cousin Tim and his wife Becky. Great shot!

That's awesome! I can feel his excitement and school spirit through the screen! I'm so glad you guys did that!!