The Homecoming festivities began Friday morning with the
assembly in the Mt. View gym.
Cassidy planned and conducted the entire assembly
from the band, drum line, pom, cheer,
and the royalty competitions.
She did an awesome job and we were so proud of her!
(sorry no pictures, darn it!) 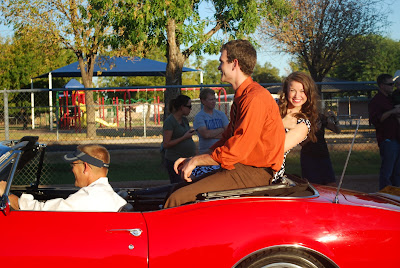 Haley and her nominee partner, Conrad
in the Homecoming Parade. 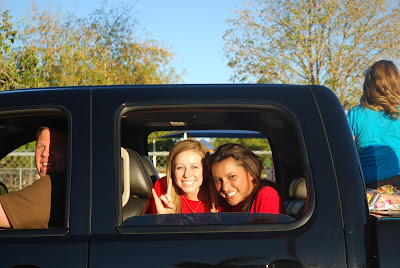 Cassidy and Cami helping to pull the float 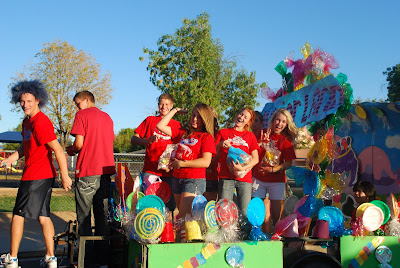 The junior float that Katie planned, organized and built!
The theme was Candyland and it looked awesome.
(see Katie in the center) 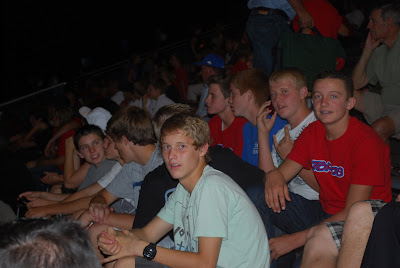 Clark and his buddies at the game.
Mountain View beat Dobson 33-0! 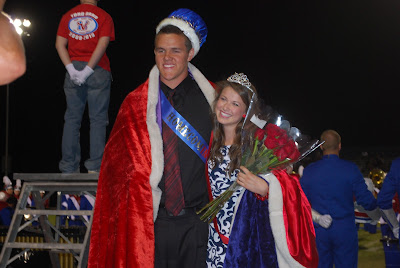 Haley was shocked when her name was announced as Homecoming Queen!
The look on her face was priceless!
I wish I had a picture!
It was so fun to see Curt drive her and Conrad down the track
as the announcer told about her interests and accomplishments.
Sam was named Homecoming King! 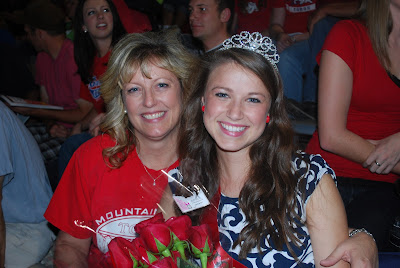 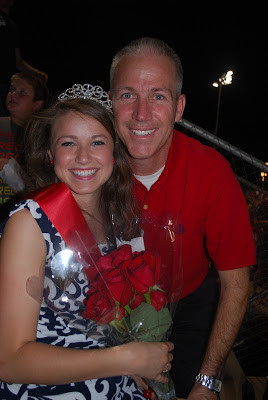 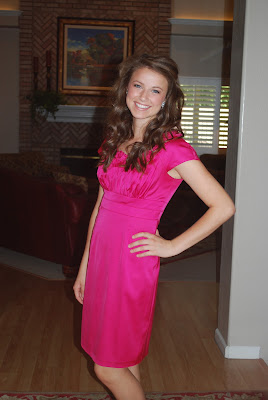 Haley on her way to the dance. 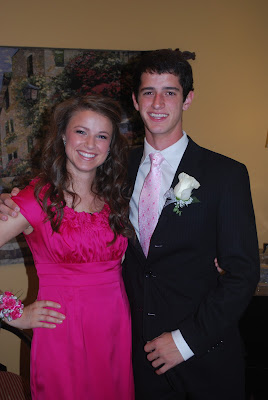 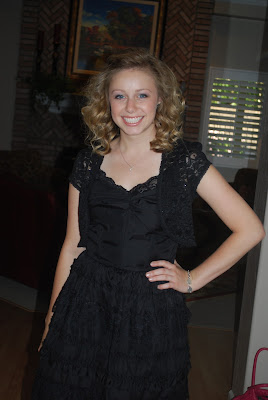 Cassidy all dolled up! 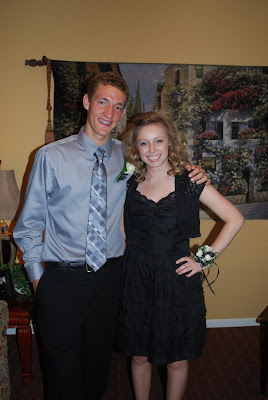 ﻿Cassidy and date Drew
These girls were so lucky to be able to attend the dance
with such great guys.  We were so impressed with
their manners and the way they treated our girls!
We can hardly wait to hear all the details of the night!
Posted by Alison at 11:36 PM

Congrats to Haley! I love all the pictures--you both look beautiful and I love the dresses!

So fun to see your Homecoming festivities and congrats to Haley - what a queen! You both looked so pretty in your dresses!

Congratulations! I was so excited to hear that Hayley won Homecoming queen! Quite an accomplishment! I'm sure you two were very proud! :-) (Can I borrow some pics to spread the news?)