The first week of August Haley and Cassidy
were involved in the Toro Links club.
They helped to plan and implement Sophomore orientation.
Each upperclassman was in charge
of a group of sophomores to mentor.
Haley's group dressed up as nerds
and this is Haley's interpretation... 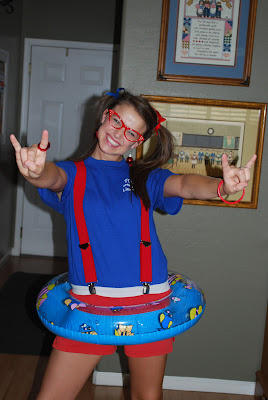 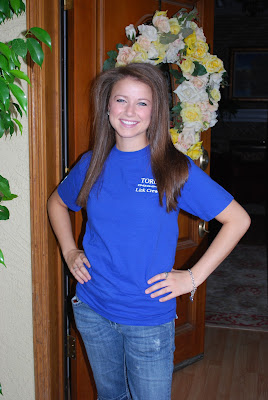 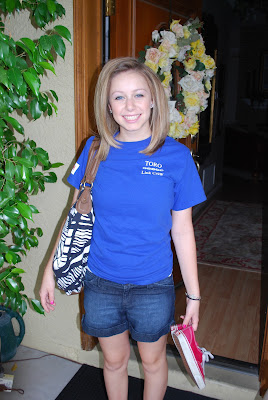 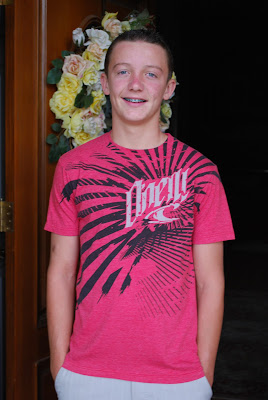 Clark:  9th grade at Poston Jr. High
Clark's is the last 9th grade class to attend Poston.
Next year, 9th graders will be at Mountain View
(I'm still not too excited about that!) 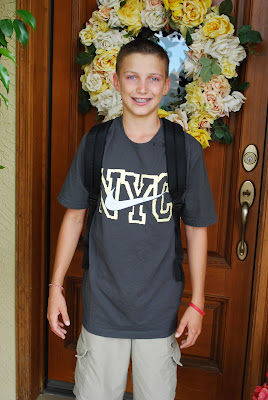 Bennett:  7th grade at Poston Jr. High
He was able to wear the T-shirt that he bought
at the Nike Store in NY city
while on the Jamboree 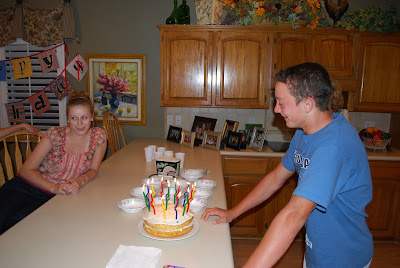 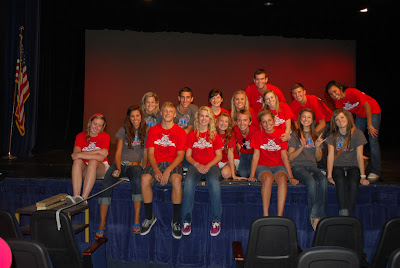 Mountain View's Student Council
after their first assembly.
They presented the Traditions Assembly
three times in one morning. 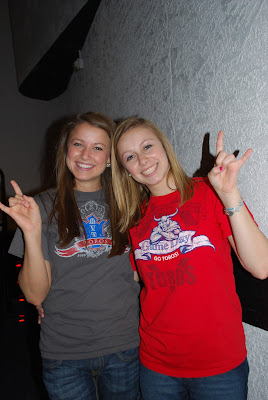 Haley conducted the assembly and
Cassidy modeled Toro attire
and helped run the class competitions.
It was so fun to go watch them in action
and get back some of my own Toro Pride!
Posted by Alison at 10:48 PM

Super cute. I may post Hayley's nerd photo on my blog someday. How to make it relevant...