It is now officially the start of summer!
It has been a busy week with all the various activities that close out a school year...

Clark and Carie were inducted into the National Junior Honor Society... 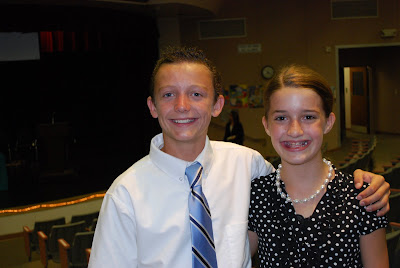 A piano recital that most of the cousins played in.
It was a special treat to be able to have Grandma in attendance. 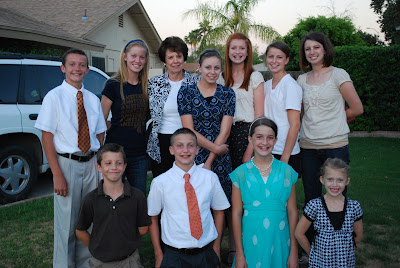 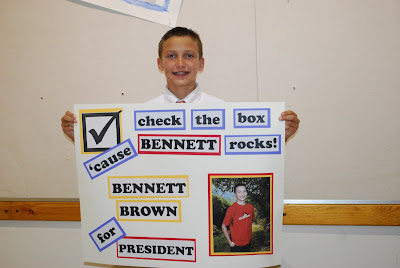 Cassidy, Katie, and Shiersten gave an amazing showing at the Poston Awards Assembly.

Cassidy did a great job on stage as she helped hand out awards. We are so proud of her and the many great accomplishments she has made in Junior High. 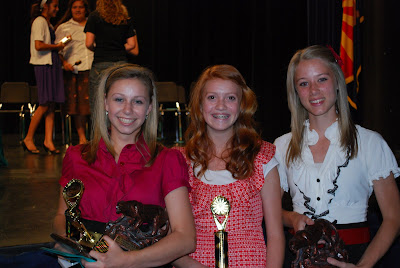 Bennett was awarded the team trophy because of a couple of clutch plays to win in the last minute and a half of the game. He is also sporting his new summer buzz which he has been wanting for months. 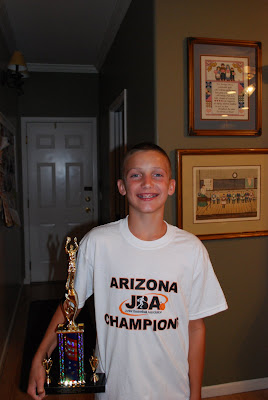 All the kids wore them on the last day of school.

Here are just a few of the friends who bought them. 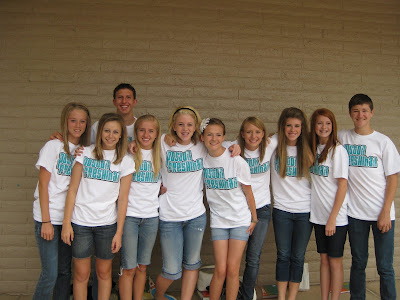 Tia working on her final package to Anziano Koozer before his departure to Rome!

She has had so much fun taking this poster around to anybody and everybody that knows and loves Buddy to have their picture taken. She has seen old school teachers, Mt. View Security Guards, neighbors, friends, family, former football players and ward members to compile a darling photo send off for her favorite missionary. 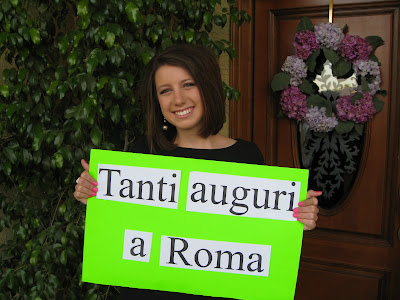 Here's to a happy and restful summer!

You let me know how that restful part goes.

Wow! I want to know what they didn't accomplish! Way to go Brown's! I suddenly feel like an underachiever :)

How do you keep up? I keep thinking it has got to get easier but.... looks like things just get busier.

You have an awesome family1 Congratulations to all of them on their many accomplishments.

Your mommy heart has got to be full to bursting.

Way to go Brownies! Alison, I'm tired after reading this post! The end of the year is always crazy but fun--we have one more week to go. Can't wait to see you this summer!

Congratulations to all of you on your accomplishments! (We wish we could have been at the b-ball game Bennett!) And a special thanks to Haley for making graduation extra special for Kimberly!