For weeks, the night of July 31st was looming.
Some how, Clark just had to get through it...
an all night, 12 hour, boot camp training by the Navy Seals.

It was mandatory football training,
and our team was the first high school team to endure the torture. 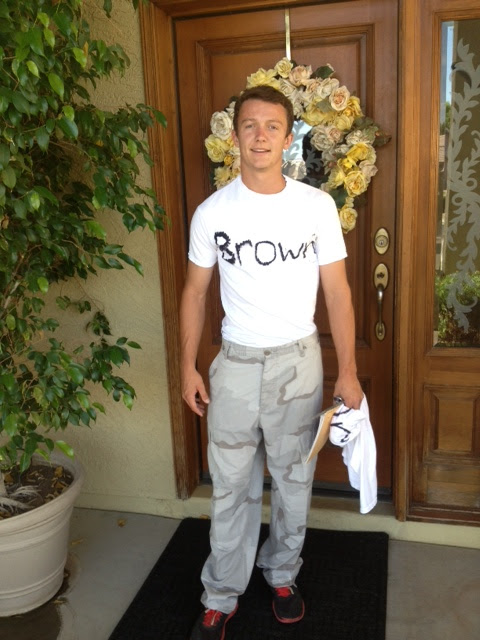 It was a closed practice, NO parents allowed!
Curt and I drove by the school at about 10:30pm to see if we could catch a peek.
Nope!
They had the boys on the back fields out of view of any spectators. 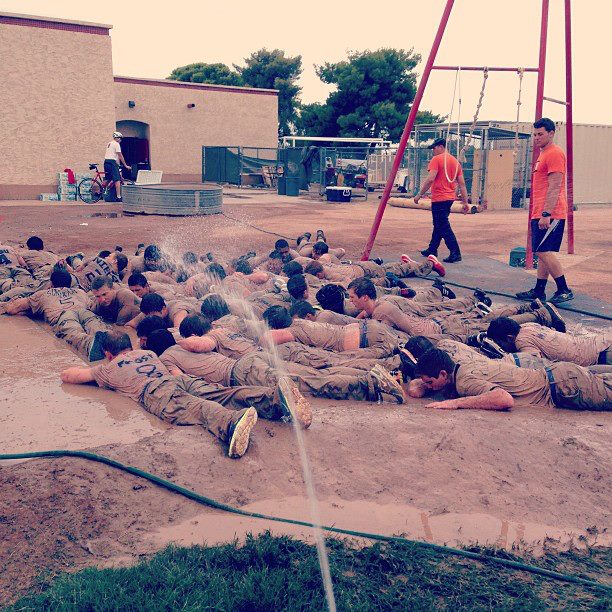 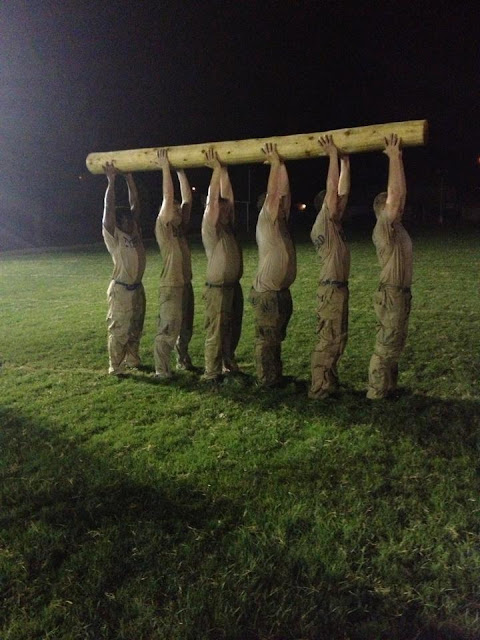 The drill is named after Navy Lt. Michael Murphy,
who was killed in Afghanistan in 2005.

Clark finished in 39 minutes,
the first out of 70 to come in,
and 8 minutes before the 2nd guy finished 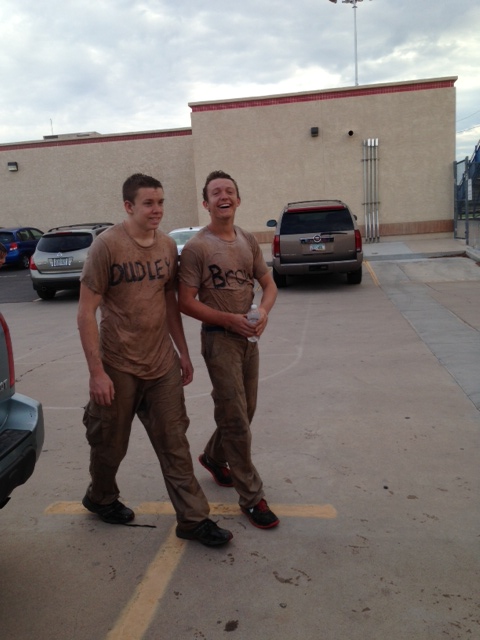 The end of a long night!
They all survived and admitted it was a cool experience...
BUT not one they want to repeat! 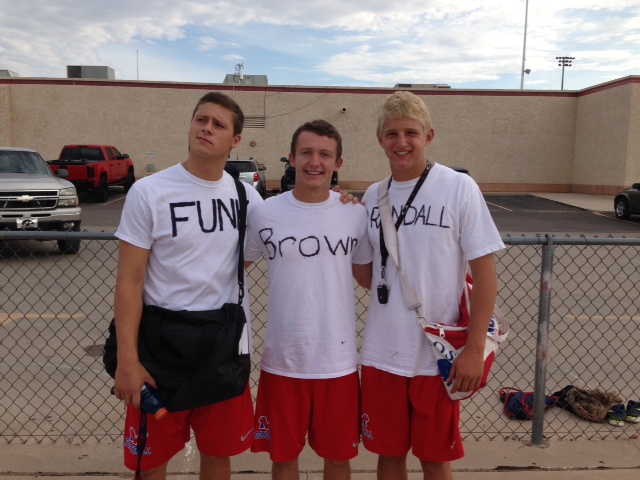 After the showers and ready for a big, hot breakfast 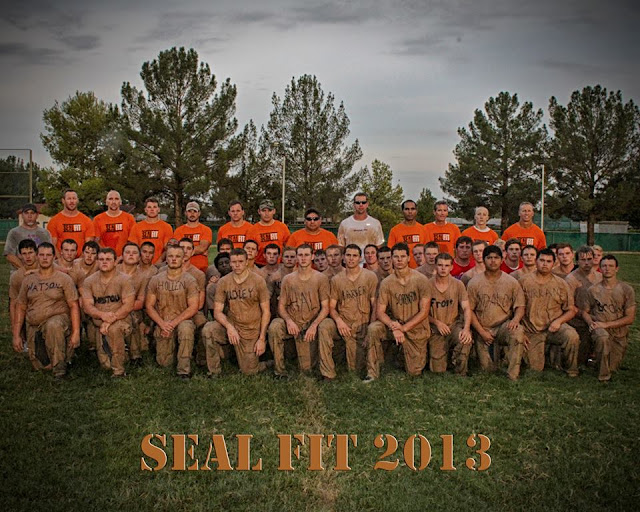 To watch a short video of their night, click here

Just read the article on Yahoo and watched the video. Awesome show of "mind over matter!" I'm a former Marine. At 19, I learned what my body and mind could actually do the SAME way these young men did...through hard work, mental strength and the belief that I WOULD finish!

I believe EVERY player on your team has grown tremendously through those grueling 12 hours. Kudos to your son and the rest of the team and best of luck on this season!