His last match was tough!

He ended up losing by points...it was quite the accomplishment to not get pinned!

Tia was shocked to see that Clark had such defined biceps.

The girls know now not to mess with their little brother! 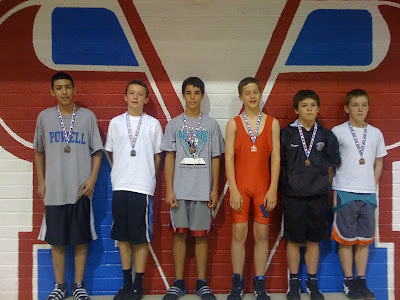 For the record...I STRONGLY DISLIKE WRESTLING!
It is just ugly to watch!

We went to the Easter Pageant... 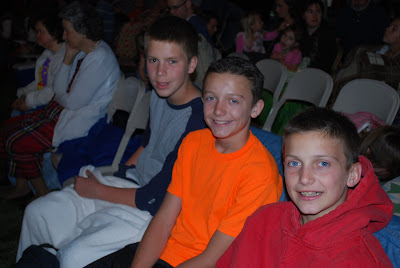 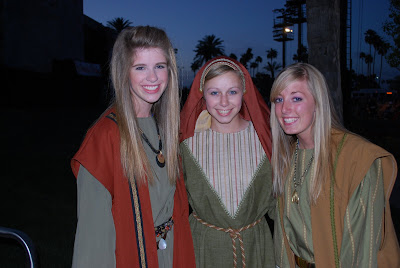 Taylor, Cassidy and McKenzie in their costumes greeting before the show. 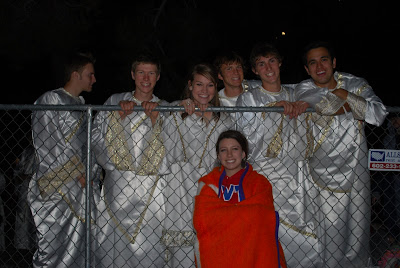 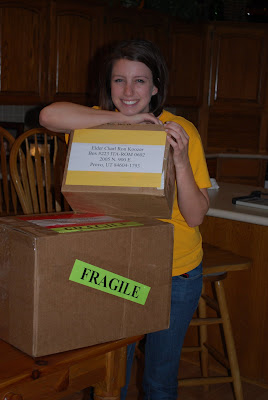 Sending her favorite missionary his first care packages...Easter & Cinco de Mayo!
(we sent them up early with Grandma & Grandpa. Thanks Aunt Liz for delivering them on the appointed days!) 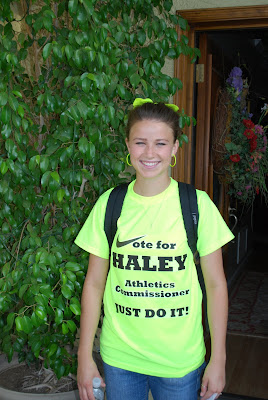 Haley's campaign for Athletics Commissioner was all week.
She wore a different shirt each day as well as hung up posters and fliers all over campus.
They taped their speeches a couple of weeks ago and she was able to bring home a CD of all the speeches.
I was so proud of her! Her speech was flawless! She could not have done a better job!
Unfortunately, it is tough running against an upper classman and Haley ended up losing.
We were all disappointed, but Haley keeps it in perspective and is applying for an appointed position.
She even took her opponent some scotcheroos last night to congratulate her!
She is a total winner in my book!
Posted by Alison at 5:56 PM

Nice blog. God is Great. Let us pray for peace for the world. Wish you all the best.
http://health-care-you.blogspot.com

Looks like your family is having an awesome Spring.. I love reading your blog and catching up on your family's activities. And, for the record... I think all your kids are HUGE winners!!!

Congratulations to Clark on wrestling, Cassidy for being in the Easter Pagent, Tia for keeping her missionary happy and helping me at Ribbons & Lace, Haley for running a great campaign, and Bennett for a great b-ball game -- and to your parents who keep it all together!

Great job Hayley for all your hard work! How awesome you brought over Scotcheroos! You should totally reach for that appointed position and can still have a blast in StuCo. Our love to Tia. In these hard economic times we are glad that she will be keeping the Post Office in business with all her care packages! We love you all!

Congrats to Clark! 2nd place is awesome! And the easter pageant. . . can I tell you how sad it makes me to think I didn't get to go this year. Oh well. And Haley, you are awesome! We love you!